Design inspiration can come from unexpected sources. For Dallas-based Dickey’s Barbecue Pit, inspiration arrived with the opening of a pared-down corporate restaurant at Dallas Love Field in 2014.

“The airport gave us only a tiny amount of space to open in compared to our other restaurants,” recalls Trinity Hall, Senior V.P. Development for the more than 500-unit chain. “It had an odd-shaped footprint, limited menu, hardly any storage space and operated under the airport restrictions. But the store did so well we paid off the loan in only seven months. And not a single customer complained about the reduced menu.”

When the time came to develop a prototype for future expansion, the Love Field store was the obvious starting point. “We realized we had plenty of room to improve on efficiencies, training, inventory and footprint,” says Hall.

Dickey’s Dallas prototype opened a year and a half later in October ’15. The revamped 50-seat restaurant features a pared-down menu and a new urban-chic décor filled with reclaimed wood, chalkboard walls and rustic metal elements. The kitchen has been nearly halved to about 500 sq. ft., for a resulting total footprint of 1,551 sq. ft. (The extra 800 sq. ft. of space has since been rented to the restaurant’s neighboring tenant.)

Guests loved the changes, to the tune of a more than 25% increase in sales.

Dickey’s kitchen equipment package was slashed as well. Gone is all gas equipment, a reach-in and an undercounter freezer and even the popular self-service ice cream machine. The new equipment tally averages about $65,000, down from the $80,000 to $90,000 of earlier stores.

The company plans to open as many as 100 restaurants using the new prototype by December. In ’17, plans call for the chain’s first international locations.

Dickey’s prototype gives a modern spin to its butchershop heritage. “The front-of-house features a modern, urban-chic look that’s a little rustic but not too much,” Hall says. Reclaimed wood, dark metal fixtures and vintage-looking signage accent the seating area.

But the real meat-purveyor signals can be found in the food prep area: a 7-ft. x 4-ft. wood butcher-block table near the smoker, and a custom-made walk-in featuring a real wooden door and two front-facing windows, showing briskets, hams and racks of ribs awaiting the smoker.

Next, the team took aim at eliminating non-essential back-of-house spaces, starting with the office.

“We took away every unused nook and cranny,” Hall says. “The wide open space gives a cleaner, more guest-forward look. There’s nowhere and nothing to hide. We’ve learned that millennials like transparency— they want to see where their food comes from.”

The restaurant office was downsized from a room to a bar-height table with a computer in an open alcove, which keeps managers more connected with kitchen activity. Designers also reduced shelving space, a move intended to keep inventory levels to the bare (and cost-effective) minimum.

“We tested storage needs when we built a mock-up of the first of four prototypes in a warehouse,” Hall says. “Roland kept saying, ‘Make it smaller.’ Reducing storage made sense because people tend to over-buy to fill the space. We took an entire set of empty storage boxes to fill the space to demonstrate what was needed. Even the walk-in was slimmed down, from an 8-ft.-sq. box down to a 6-ft. 9-in.-sq. box.”

Under the new design, managers will need to order supplies on a just-in-time basis.

Dickey’s 500-Sq.-Ft. Kitchen
Most of all, the team worked to streamline kitchen equipment and operations. The biggest change started with the smoker. Dickey’s prototypes will be anchored by a pellet-fueled, 300-lb.-capacity rotisserie smoker made by Fast Eddy’s by Cookshack.

“We had been using a wood-burning smoker to give hickory flavor to meats. But the flavor profile varied depending on wood sources,” Hall says. “With the new pellet smoker, which uses compressed wood pellets made of a wood blend specified by Dickey’s, the flavor will be the same no matter where in the world the store is located.” Other benefits for the wood pellet system include a cleaner burning fuel that will make hood maintenance easier (less creosote to clean out), more efficient storage (the 40-lb. pellet bags take up less space than wood) and lower cost-to-operate (pellets cost significantly less than wood).

In a major space-and cost-saving move, planners opted for a simplified, all-electric kitchen equipment makeover. They eliminated gas-powered fryers (and the fryers’ supporting undercounter freezer), a stove and a hood in favor of single-hob induction cooktops.

“The induction units will be used for all the sides—mac and cheese, spinach, green beans,” Hall says. “We had been considering a combi oven for that function, but one of our team members suggested we try induction hobs instead. The equipment is not only less expensive than combis, but you don’t need water lines or a hood, either. It’s fast, too— we can heat a potato casserole in only six minutes.”

To assist the restaurant’s all-important catering operations, the team added a rechargeable, mobile Cambro hot storage box. “You plug it in to charge it up,” Hall says. The side benefit to the Cambro unit, stored under the induction hobs, is that it can hold extra product from the smoker during peak times.

The serving line, where employees plate prepared meats and sides for guests, got a laborsaving upgrade. “The prototype will use [a counter with] drop-in hot and cold pans rather than two hot and cold prep tables,” explains Hall, adding that the separate prep tables created uneven traylines, slowing down employees who had to lift and reach rather than slide the trays. (On the serving line, one employee plates meats, the next person in line dishes out sides and then slides the tray to the cashier.) “The drop-ins make passing food trays much easier,” Hall says. “The equipment looks nicer, too—a better fit for Dickey’s new look.”

In the front-of-house, the prototype stores will all use the Freestyle Coke machine. “Our customers really like it,” Hall says.

And gone from new stores will be the self-service soft-serve ice cream machine. “Those units always seemed to be in need of service, and they took a lot of time to clean and maintain,” Hall says. “If any customer asked about the lack of free ice cream, we give them a free dessert cookie to make up for it. But really, it has not been an issue. The community has been very supportive.”

A Look Ahead
Half a year into operations, Dickey’s Dallas store continues to exceed expectations. In addition to the higher sales, other benefits have included faster training times. “We still require 10 training days, but they’re not the intensive 13-hr. to 14-hr. daily marathons anymore,” Hall says. “Now new franchisees also have time to be out marketing their stores.”

Moving forward, all new Dickey’s locations will follow the prototype model. Franchisees have the choice of retrofitting at different levels—from just the front-of-house décor elements to the full remodel. 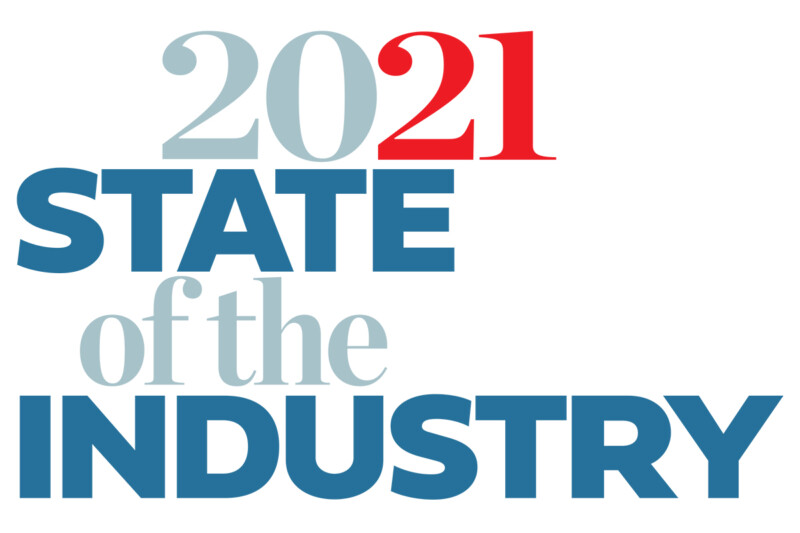 2021 State of the Foodservice Equipment Industry

Nobody thought 2020 was going to be entirely smooth sailing. Even in what now seems the rosy glow of a year ago—with the U.S. in a record-breaking economic expansion and…