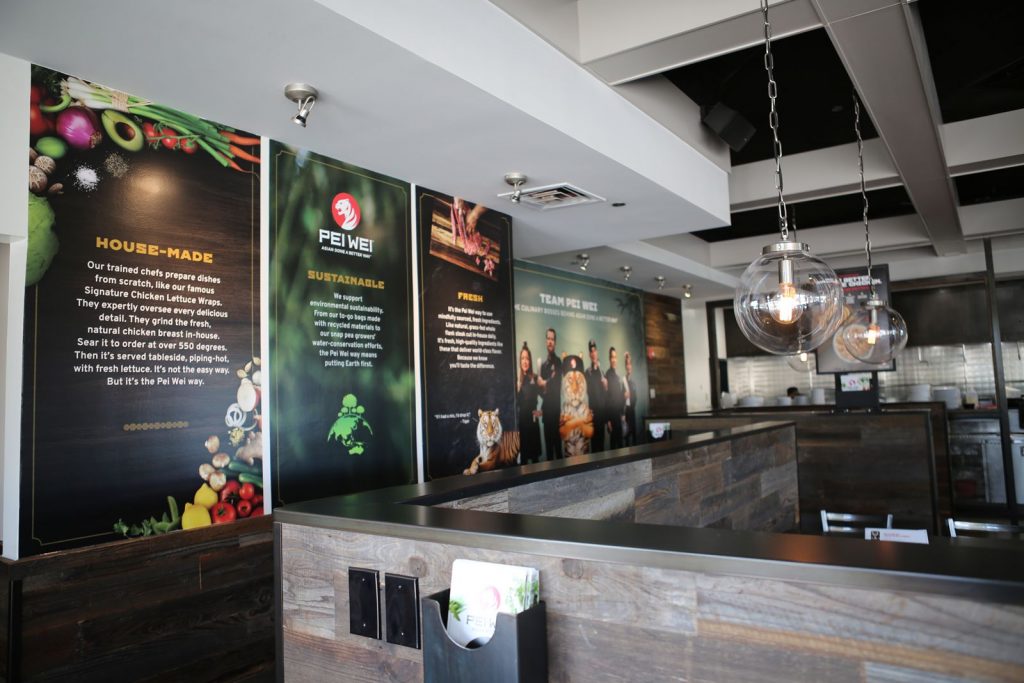 The chain, which operates nearly 200 restaurants in 21 states, closed its restaurant support center’s flagship location there as it underwent what Pei Wei calls a “massive interior remodel project.” Pei Wei calls the new unit, debuting June 14, a test for future openings, helping it to enhance operations and learning initiatives.

The ordering line now queues along the kitchen to offer guests a behind-the-scenes look at Pei Wei’s made-to-order food production, as well as a dedicated take-out station for guests who order online or through the mobile app. The front of the house was reimaged with new wall graphics, digital menu boards, and new seating and modern lighting.

Pei Wei has undergone a host of changes since splitting off from P.F. Chang’s China Bistro; both are still owned by Centerbridge Partners, just operated by different teams. In August it moved its headquarters from Scottsdale, Ariz., to Irving, Texas.