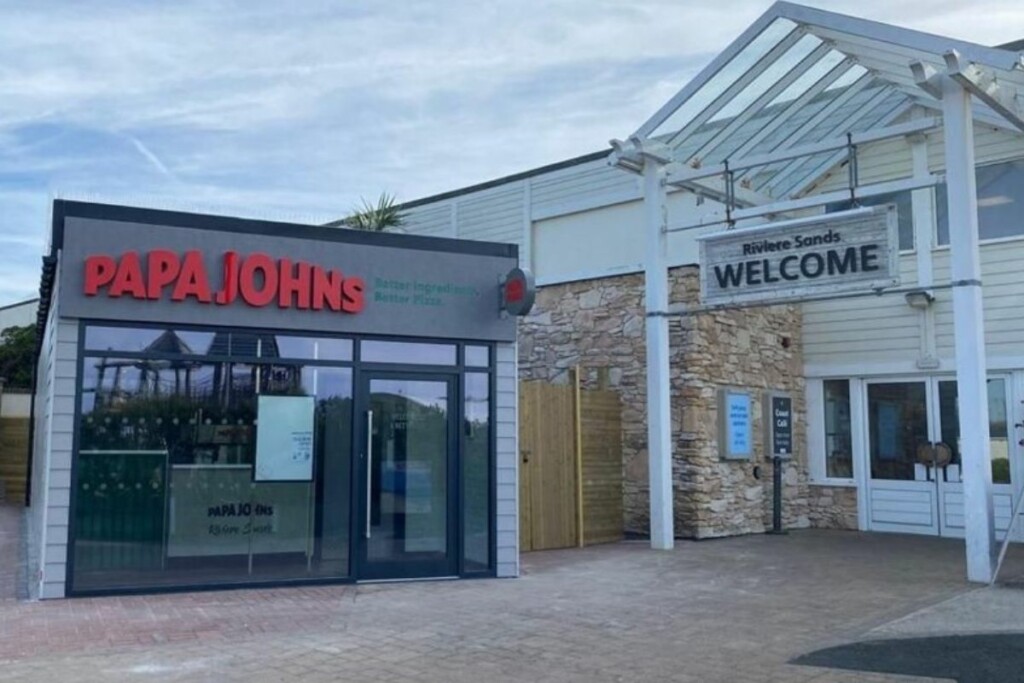 Papa John’s says the modular stores can be fully customized based on site needs and designed large enough to incorporate indoor seating.

“The delivery of the pod at Riviere Sands is proof of concept that complies with all building regulations and opens up opportunities for leisure venues, stadiums and holiday parks and could even be supplied to be positioned in a pub car park,” says Amit Pancholi, business development director for Papa John’s U.K., in a press release. “Planning permission can be easier to obtain depending on site, and with a 40-year design life, the pods can be more cost-effective than a long property lease.”

The pizza chain is one of a handful of brands that have begun offering prefabricated restaurant models. Rego Restaurant Group, the parent company of Quiznos and Taco Del Mar, recently unveiled new modular formats for the brands, saying they will “dramatically” reduce development timelines and build costs for franchisees.

Regional chain Beef-A-Roo also is offering new container models, which feature a drive-thru and patio seating, as it looks to grow its footprint from eight to 50 stores in the next several years.