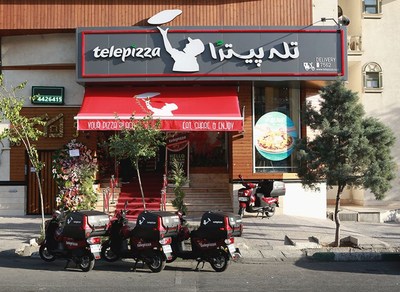 Spain’s Telepizza has become the first international QSR brand to launch a store in Iran. The chain debuted in Tehran in June, followed by the opening of two additional outlets in July. The Madrid-based chain will add seven more stores in Tehran by the end of the year. Telepizza signed a master franchise agreement with Momenin Investment Group last year for a ten-year, €100 million investment to help fuel growth to 200 stores in Iran within the next 10 years.

Telepizza, which bills itself as the largest non-U.S.-based pizza delivery company in the world by number of stores, has 1,421 locations in more than 20 countries; 478 are company-owned, 943 are franchised and master franchised stores. It is the market leader in Spain, as well as in Portugal, Chile and Colombia, and number two in Poland.