The net U.S. restaurant count fell to 647,288 in fall of 2017, a 2% decrease in units from a year ago, based on a recent restaurant census conducted by The NPD Group, a leading global information company whose foodservice practice is based in Rosemont, Ill. The primary source of the decline in U.S. restaurant units was a 3% drop in independent restaurant units in the period, according to data from NPD’s fall 2017 ReCount®, a census of commercial restaurant locations in the United States compiled in the spring and fall each year. (Note: ReCount revised its counts in the new census, so numbers do not compare with previous counts. The revision added about 30,000 units to previous totals.)

Restaurant chain counts grew to 301,183 units, a 982 unit increase, which kept the total chain count flat compared to fall 2016. The total number of independent restaurants declined to 346,105 units, a decrease of 10,952 units from last year. Quick-service restaurants declined by 1% to 353,121 units. Fast-casual chains, which are a restaurant category under QSR, increased units by 4% to a total of 25,118. Full-service restaurant units, which include casual dining, family dining, and fine dining restaurants, stood at 294,167 units in fall 2017, a 2% decline, according to NPD’s ReCount, which includes in its fall 2017 census all restaurants open as of September 30, 2017. 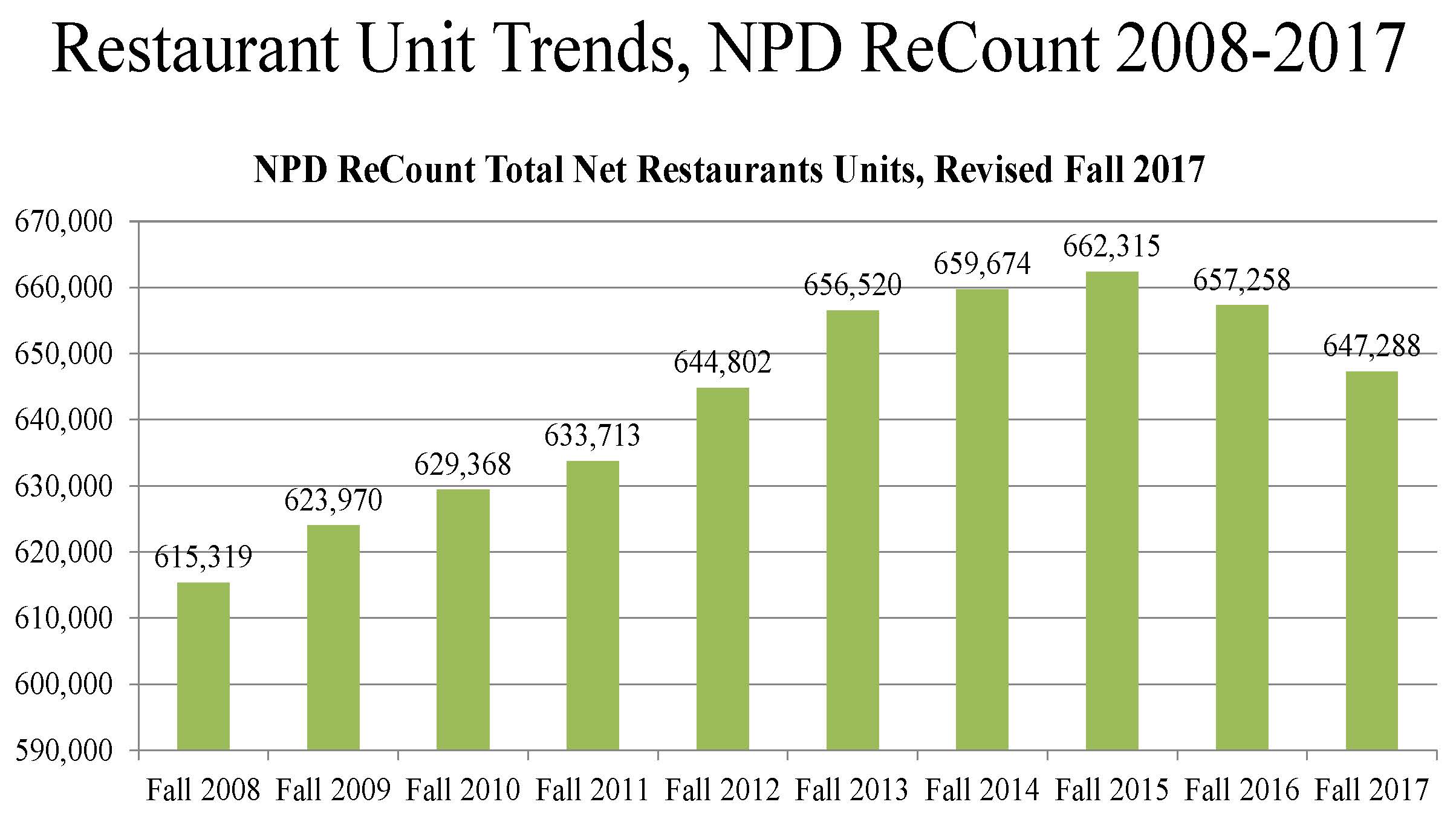 According to NPD’s CREST data, which daily tracks consumer use of commercial and non-commercial restaurants and foodservice outlets, total U.S. restaurant traffic ended 2017 flat and had it not been for a 1% increase in quick-service restaurant visits, an increase primarily driven by chains, traffic would have declined.

“The U.S. restaurant count is reflective of what’s happening in the foodservice industry today overall,” says Bonnie Riggs, NPD’s restaurant industry analyst. “To expand or not expand units is a calculated decision on the part of restaurant operators. Chains simply have more monetary resources to grow units whereas independents do not.”