Planchas Vs. Griddles: What Exactly Is The Difference?

The plancha, originating from the Spanish plancha and French planche, is a grill that gets super hot. At temperatures that easily reach 550°F-700°F (some even reach 800°F where most griddles max out around 550°F- 575°F), the plancha is a good choice for any foodservice operation that needs to quickly and continuously sear and finish proteins, vegetables and more. You might use the super-high plancha temperatures indirectly, using pans on the surfaces to sauté for example.

While most flat-top grills and griddles operate thermostatically, meaning a sensor reads the temperature and adjusts the gas or electric power to maintain the “set” temperature, most traditional planchas are manually controlled, which allows them to reach the very high temperatures. The plancha’s surface is a 5⁄8- or 3⁄4-in.-thick metal plate, a bit thinner than a griddle’s 1-in., and it’s typically steel, although it can be cast iron or chrome. But cast iron requires more upkeep than steel; it can rust and needs seasoning. Chrome, while easy to clean, is not as recommended as steel due to the high heat, which can deteriorate it over time.

A traditional plancha top looks like it’s raised, sort of a floating surface surrounded on three or four sides by a grease “moat” or trough. A newer style of plancha available from a few makers comes with distinct side-by-side 12-in. or 14-in.- wide zones. Each zone operates independently, keeps a uniform temperature across the zone, and there is very minimal heat transfer between the zones thanks to patented thermal breaks. So you could have a 650°F zone cooking away right next to a 350°F zone next to a zone set at 200°F.

Why Not Just Use A Grill?
While the plancha has been compared to traditional flat-top grills and griddles, there are distinct differences. In simple terms, one manufacturer explains, “the main difference between a plancha and a griddle is that the plancha has very high heat concentrated right over the burner under the plate with a gradual decrease in temperature as you go toward the edges.” This is by design and allows you to sear foods and develop a beautiful caramelized crust. The plancha’s heating element can be round (French), straight or u-shaped (Spanish), allowing the intense, even heat just over the burner.

The plancha’s high heat is said to bring into effect the Leidenfrost phenomenon (according to Wikipedia), where a liquid in near contact with a mass significantly hotter than the liquid’s boiling point produces an insulating layer of vapor that keeps that liquid from boiling off quickly. Because of this “repulsive force,” the item sort of floats over the surface rather than making physical contact with it right away (you see it when you splash a hot pan with water droplets; they skip across the surface). This creates that uniform sear on the food’s entire surface, developing a deeper, more flavorful crust and caramelizing juices.

When grilling burgers on a regular grill, a chef will often flip the burger to a new, hotter spot, to get a good sear on the meat. With the plancha, there is no need to move the meat to a different spot on the flat surface because the temperature remains constant in the spot without needing to “recover.” One corporation’s motto for its plancha accurately sums up this concept: “Same sear, same spot.” While some grilling methods can put foods through a temperature fluctuation, the plancha rolls steady with just “some negligible peaks and valleys.” A manufacturer’s sales rep compared a plancha purchase to buying a car, “choosing a plancha is like choosing a car with eight cylinders, instead of four.” If you need high production, continuous grilling with no recovery time, you might want to upgrade to a plancha.

Model Selections
Countertop models, which vary in size, have adjustable legs making them easy to fit into an existing space. These models require a minimum of a 3-in. clearance at the back and on each side. Planchas also can be purchased with optional stands equipped with drawers, refrigeration or shelving for storage. Some manufacturers will incorporate the plancha into a range or a cooking suite.

An Even Closer Look
With so many varieties of planchas on the market, and the similarity of their appearance in some cases to regular griddles, you might need to do a deeper dive to ensure you’re getting the right hot top. One maker of traditional planchas says to ask for a picture of the burner assembly and an image of the infrared temperature profile on the plate. This will show the specific heat zones of the plate and you will be able to point out the searing and finishing areas of the plate. Additionally, ask for close-up shots of the plate or the milling information on the plate to ensure it’s smooth enough to prevent sticking during operation and easy to clean and maintain.

How many ways are there to cook chicken? Let’s try to break it down.

The World Economic Forum estimates that roughly 50 billion chickens went to dinner in 2018 and didn’t come back. We don’t know exactly how that translates into total servings, but… 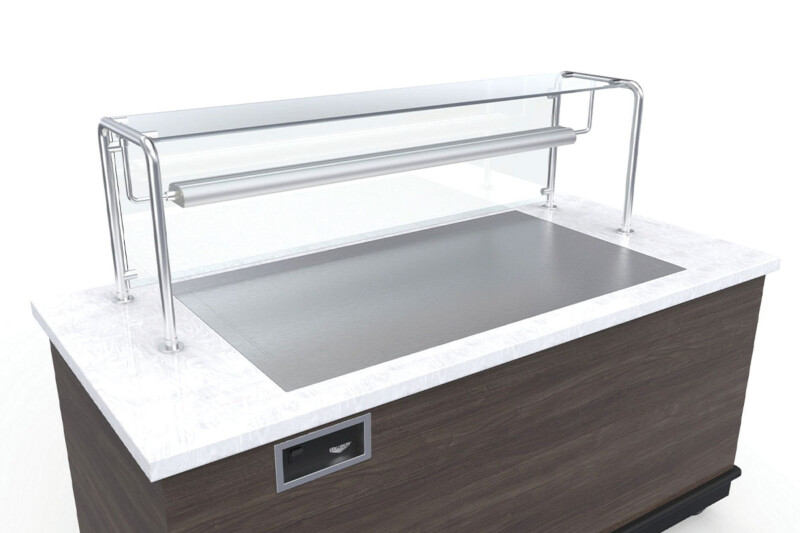 Many operators rely on heat strips at expediting counters, serving lines and more to keep menu items at optimal temperatures.