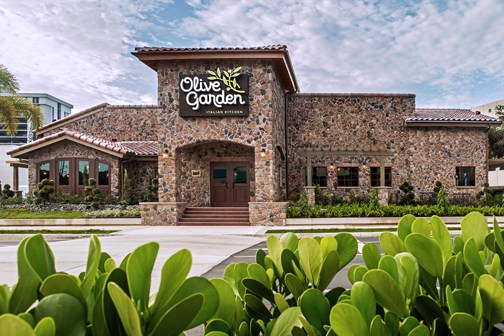 Darden Restaurants, riding a wave of strong sales, plans to add 45 to 50 new locations across its eight brands including its 856-unit Olive Garden.

Most of the company’s restaurants are performing well. Seven of Darden’s eight restaurants, including LongHorn Steakhouse and Eddie V’s, saw same-store sales spike this past quarter. Darden says expects same-store sales at all its brands to grow by up to 2% in 2019.

In the announcement, Darden CEO Gene Lee stated that the company’s corporate strategy is unchanged. The company did not specify which concepts would expand or where they would be located.