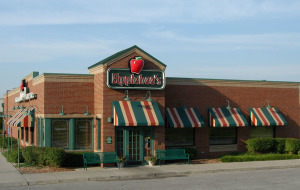 The decision clears the way for RMH Franchise Holdings, Applebee’s second-largest franchisee, to sell or shut the units as a part of Chapter 11 bankruptcy proceedings first filed in May.

Dine Brands had argued that RMH’s franchise agreement had already been effectively terminated by the time it filed for bankruptcy. But when RMH filed for protection from creditors in May, it argued that the restaurants were still its property, asserting that Dine Brands had not provided official notice terminating its franchise agreement. In fact, Dine Brands had offered RMH more time to turn its business around by easing royalty payment requirements, an act of goodwill that backfired against the franchisor in court.

The U.S. bankruptcy court agreed with RMH, leaving the restaurants in question under its control. The stores can now be liquidated, with the proceeds used to pay its debts.