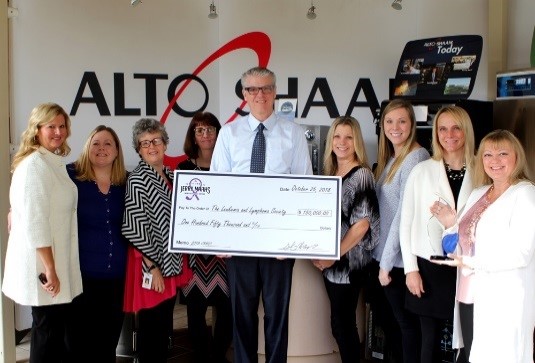 When Alto-Shaam’s founder, Jerry Maahs passed away from non-Hodgkin’s lymphoma in 2006, the company began planning a way to honor his memory.

Since 2009, the Jerry Maahs Memorial Golf Outing has been an outlet to celebrate his life while raising money for the Leukemia & Lymphoma Society’s Wisconsin Chapter. Through a research grant, the event has raised critical funds to support cancer research and advance treatments for the disease.

This summer’s event marked a decade since the fundraiser began. To date, the golf outing and a matching donation from the Menomonee Falls, Wis., company has raised $775,000 and has earned a spot as the largest third-party fundraiser for the society—the world's largest voluntary health agency dedicated to blood cancer—in Wisconsin.

“We are proud of the success of this event and the good it has accomplished,” says Steve Maahs, son of Jerry and Alto-Shaam’s President and COO. “We hope our contribution over the years has helped take the burden of this diagnosis off others. We’ve always felt it was a fitting way to honor Jerry and we thank the many participants and volunteers who have contributed to this event’s success over the years.”