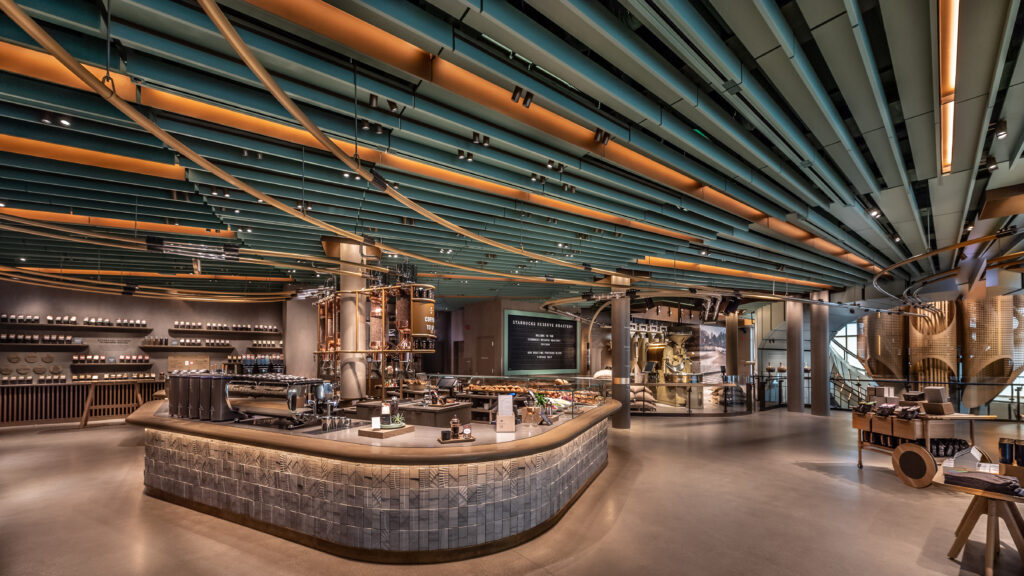 Nine days after introducing a new pick-up-only, micro-format store in New York City’s Penn Station, on Friday Starbucks went to the opposite extreme in Chicago.

Starbucks Reserve Roastery Chicago is the company’s largest retail experience, which debuted on the city's tourist-heavy North Michigan Avenue. The store features a Starbucks Reserve coffee, a bakery and a cocktail bar.

Spread across five floors and 35,000 square feet of retail space – the space was formerly the Crate & Barrel flagship store  “celebrates the company’s heritage and is a tribute to the roasting and the craft of coffee,” according to a company statement.

“Over the past five years, we have created the ultimate immersive experience around all-things-coffee in spectacular Starbucks Reserve Roasteries in flagship cities around the world. This week we are delighted to open our doors on the sixth global Roastery in an iconic building located on Chicago’s renowned Magnificent Mile”, said Kevin Johnson, Starbucks ceo. “These Roasteries amplify the Starbucks brand, serve as innovation hubs, and create experiences for millions of customers around the world.”

The Roastery also contains a Princi, Starbuck’s bakery and cafe brand. It offers made-on-site breads, cornetti and focaccia, pizza and salads, plus cakes and tarts. The Arriviamo bars will have a menu of classic cocktails and a selection of local Chicago beer and wine, exclusive specialty cocktails featuring Starbucks Reserve coffee and tea.