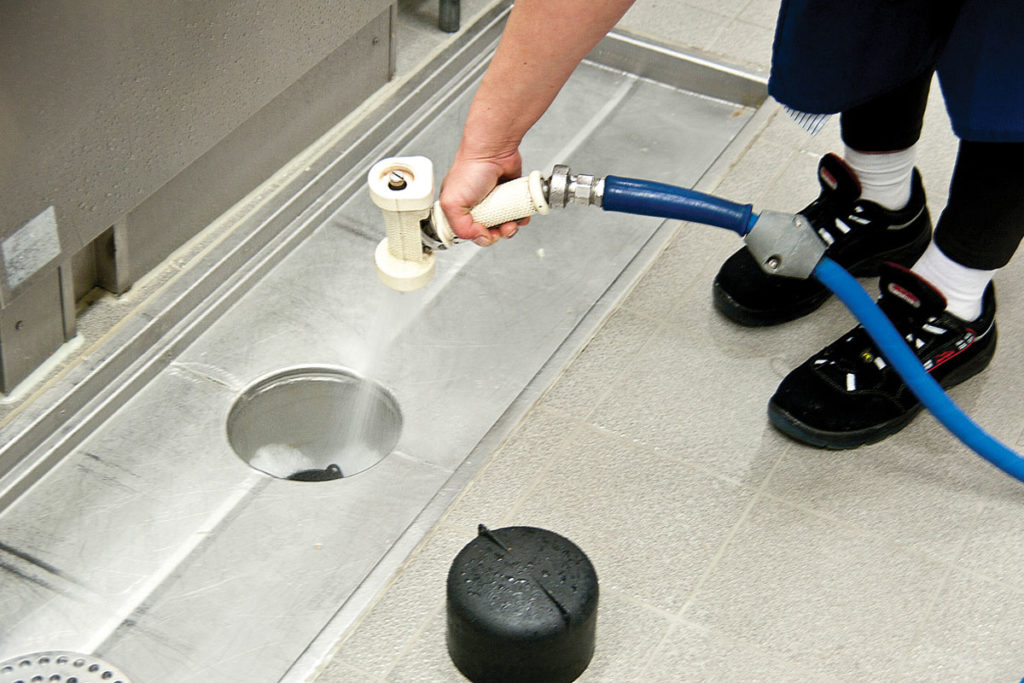 Nothing stops a kitchen short like a flood. For one hotel in Delaware, the kitchen was flooding two to four times a day, but the water was coming from a double compartment steamer, not from rain. Seemingly out of the blue, while going through normal work routines, the steamer would dump out 10 to 15 gallons of water out onto the floor. “Each time it happened they’d have to stop cooking, dry up the floor, and start the steamer up all over again,” says Greg Smith, training and safety manager, EMR, Baltimore. “It was a big mess and it was interrupting their cook cycle.”

When Smith got on the scene, he went through a process of elimination to figure out what was going on. “We ran the steamer through different combinations of things until we could replicate the issue,” Smith says. The magic combination, he discovered, was turning off both steam compartments at the same time the equipment was going through a purge cycle.

“It might sound highly unlikely for those things to occur at the same time, but with the purge cycle running every 10 minutes, it happens more than you would think,” Smith says. After further investigation, Smith found this steamer had been installed with the drain line an inch and a half below the floor drain. On top of that, the floor drain was clogged, causing back up during each purge cycle.

The steamer would work fine as long as only one compartment was shut off, but when both compartments were shut off at the same time, the water from the purge cycle would get backed up in the clogged drain and cause a spike in pressure up to 60 psi. The high pressure caused the safety relief valve to release, as it was set at 15 psi. This set in motion the steamer’s flush cycle that pumps water for three minutes straight. With the drain already backed up, the water had nowhere to go but out onto the floor.

“Once we figured out what was going on, the fix was pretty simple,” Smith says. “We cut the drain line to give it the proper inch and a half air gap between the drain on the steamer and the floor drain, and cleaned out the floor drain so it would work properly.”

As this experience shows, proper installation includes much more than just plugging in a piece of equipment. Paying attention to detail, even down to the efficiency of floor drains, leads to a successful start for new equipment.