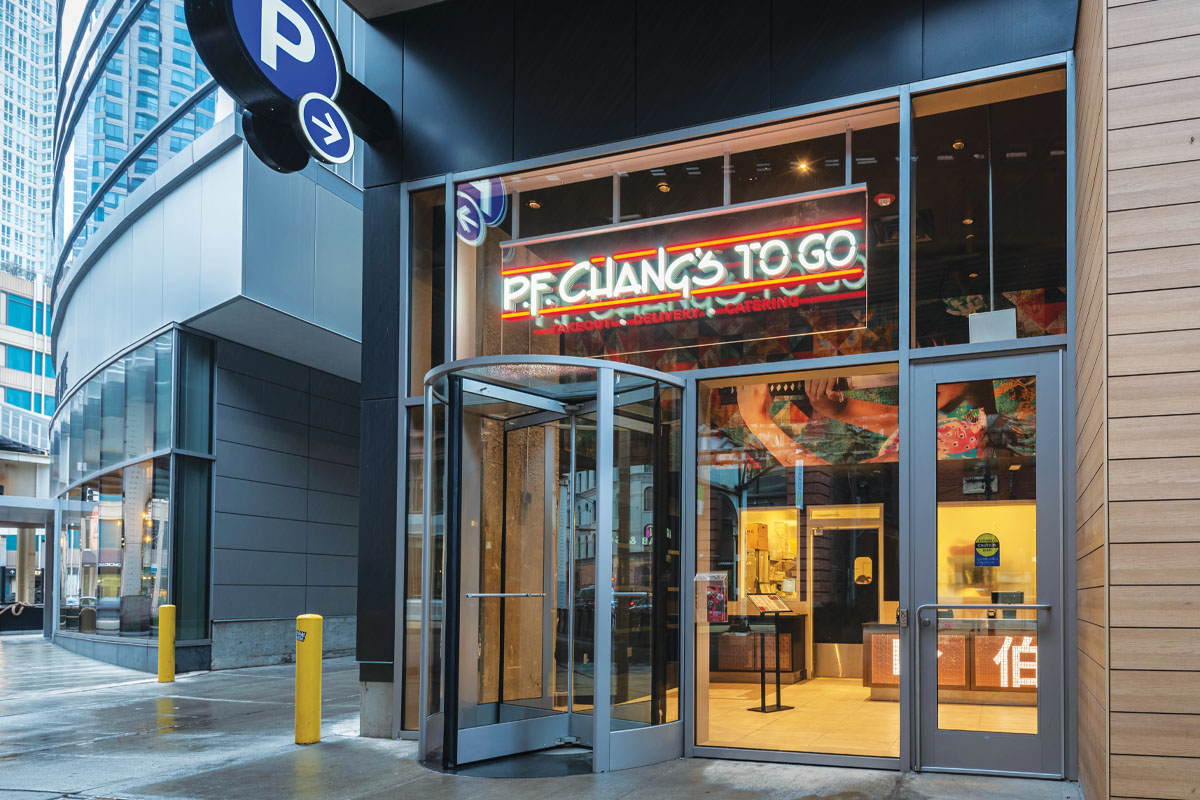 Asian-food chain P.F. Chang’s has debuted its first P.F. Chang’s To-Go restaurant in Chicago. The spinoff concept fulfills two goals: Expanding into new metropolitan areas where space is at a premium while tapping into online ordering and third-party delivery.

The design goals for the To-Go unit were simple. “We had to be able to serve walk-in guests quickly, transfer orders to third-party drivers and represent our brand,” says Kevin Okuszka, senior vice president of operations and culinary innovation, who played a lead role in designing the concept.

At 1,800 sq. ft., the concept is less than a third the size of P.F. Chang’s full-size restaurants. “We’re executing 60% of the menu in just over half the kitchen space,” Okuszka says.

The pared-down menu features top sellers, including lettuce wraps, and some lunch deals, but leaves off newer items such as ramen. “We will revisit the menu mix and recalculate as needed,” Okuszka says.

In the front-of-house, the interior decor draws from the same palate as its full-size restaurants. A mural of a warrior princess holding a sword dominates the wall above the order counter, while a painting of the chain’s iconic horse adorns another wall. A refrigerated display case holds salads, sushi, desserts and beverages, and a shelving unit holds bagged orders for pickup.

In the back-of-house, the kitchen design team opted for compact, high-efficiency versions of existing equipment. Some of the equipment highlights:

RBI is the latest operator to redesign stores to optimize for drive-thru and delivery.