Of those surveyed, 83% anticipate business growth of at least 5% over the next year. 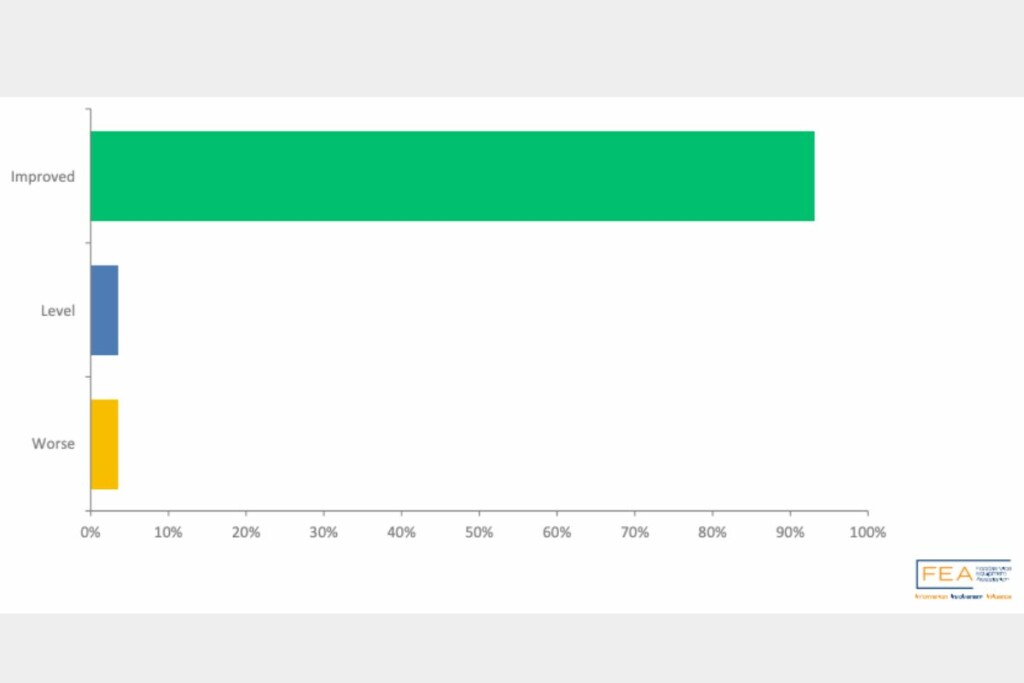 When asked how sales from Q2 2022 (April, May and June) compared to the same quarter in 2021, 93% of survey respondents said they improved. Courtesy of FEA.

According to the survey, 83% of respondents expect business growth of at least 5% over the next 12 months, and 21% anticipate growth over 20%—up from Q1 results. However, 14% expect no growth in the next year, compared to 4% in Q1. No respondents expect a decline in sales.

As for how sales have been doing, most respondents reported improvement, with 93% saying sales were higher in Q2 than during the same quarter last year.

While optimism and sales were up, the same economic concerns lingered. Respondents reported the identical top three issues of major concern that they did in Q1: supply chain and transport (93%), price increases and inflation (93%) and raw material prices (75%).

As for respondents’ greatest threats to growth, their top three concerns were weakening economic conditions; inability to control, mitigate or pass on cost increases; and increased competition from existing competitors.