David Zabrowski shines a light on the misconceptions and benefits of induction cooking. 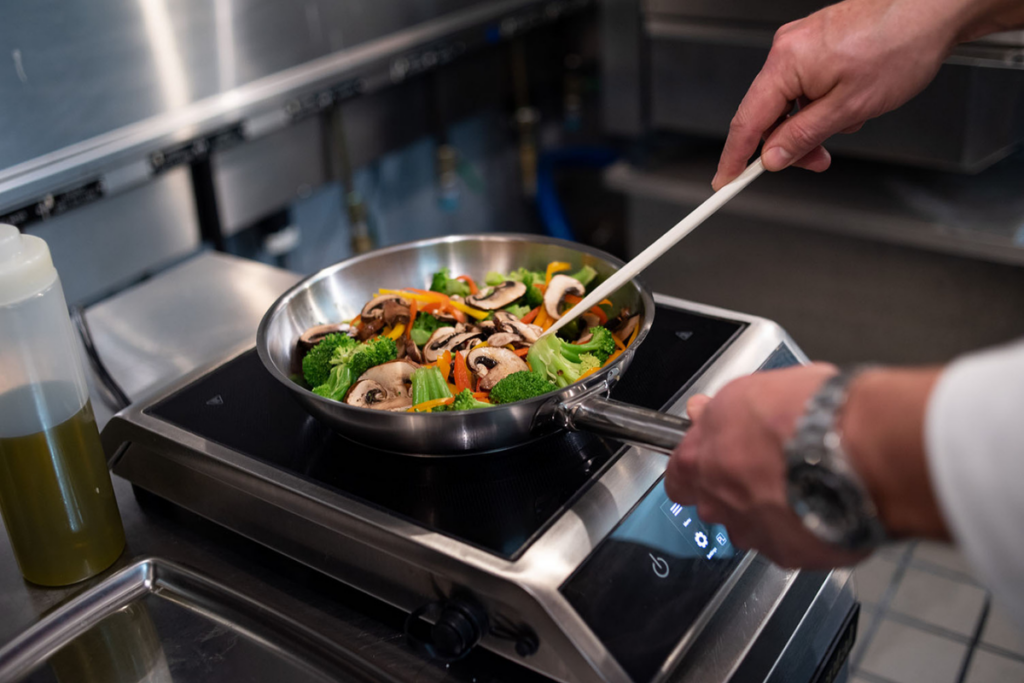 Induction cooking has been around for decades, but there’s still a lot to demystify about the technology that offers an alternative to natural gas but has been slow to be adopted in the U.S. Enter Frontier Energy’s new Induction Technology Center.

The company recently opened the center to serve as an educational resource for operators and other industry professionals and allow them to get hands-on with induction cooktops, woks and hot holding food equipment. The center also offers demonstrations, education and training sessions and an induction cooktop lending program.

Following the center’s recent opening inside the Food Service Technology Center in San Ramon, Calif., FER spoke with David Zabrowski, vice president of Frontier Energy, about the biggest misconceptions and benefits of induction cooking, the latest in the tech and advice for operators looking to adopt the cooking method. 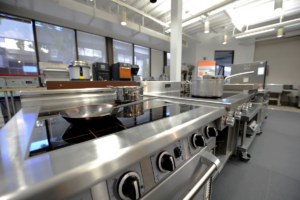 FER: What are some misconceptions operators have about induction cooking?

Zabrowski: I think that’s one of the biggest reasons we launched the Induction Technology Center is to overcome the misconceptions by providing unbiased information and giving operators the chance to actually try the equipment. The biggest challenge with induction is it’s associated with electric, and anybody who’s ever cooked on an electric cooktop has had that frustration that they’re slow to heat up, slow to respond and remain hot for a long period of time. So that difficulty of control can be a very frustrating experience.

The advantage of induction is that the controls are very responsive. You can have a very quick heat up. You can control temperature very, very precisely. There is no creep, either drifting upward or downward, in temperature. And when you take the heat off or remove the pan, it can cool quickly. So, if you start to overheat and you need to back the heat off, it can be just as simple as raising the pan off the cooktop.

One of the other misconceptions has to do with how it is being applied. On the one hand, there’s an idea that everything is induction; it’s become a bit of a buzzword. And so we get people asking us for induction ovens, induction fryers and induction griddles. And while there have been prototype induction fryers and griddles in years past, induction’s most effective use in the cooking world is on the cooktops and the woks and for holding equipment. Those are the appliance categories where it works very well. It wouldn’t work as well for an oven because ovens aren’t necessarily cooking by direct contact, and induction really needs that direct contact between the product and the heavy utensil that’s holding it. 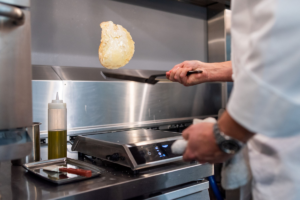 FER: In what ways do you hope this center will demystify this type of cooking?

Zabrowski: One of the things that we’re doing with the Induction Technology Center is we’re featuring chef-driven content, showing how the equipment can be used featuring actual real recipes created and executed by a culinary institute-trained chef and providing real application.

We are also launching under the scope of the Pacific Gas Electric Company an induction cooktop lending program for PGE customers, which is very exciting for us. And this is going to give us an opportunity to actually put test units in the hands of customers for a temporary period, and they can try it at their place of business.

FER: Why is the Induction Technology Center so relevant now?

Zabrowski: It’s relevant right now for a number of reasons. One, flexibility has become one of the most important factors in any commercial foodservice operation or new facility design, being able to put cooking and new types of cooking in new places. Induction provides the opportunity to add a ventless cooking station in many jurisdictions—and one has to check to confirm with local authorities because everybody’s different—but, in many cases, you can have induction without dedicated ventilation, which allows you to bring cooking into different places.

The other thing that it offers is it is low heat, and we are becoming increasingly concerned about the working conditions in the kitchen. There’s less heat radiated to space from induction cooking. 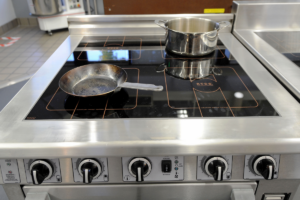 And the third driver is decarbonization, electrification, and these are factors that are driving a lot of forward-thinking facility designers that are looking for a lower-energy footprint and a lower-carbon footprint for the buildings. This is tying in with a lot of other initiatives to approach a net-zero energy operation. Induction cooking is a major part of that because it is so efficient.

FER: What’s one of the biggest benefits of induction cooking?

Zabrowski: I think one of the biggest benefits is the precise control. Control is something that we’ve developed a lot of workaround in the foodservice industry, around the fact that the equipment doesn’t necessarily have very intelligent controls or very precise controls. And we develop or we work around that by creating different steps and different stages and things to counter the fact that the temperature is imprecise.

With induction, the temperature can be very precise. You set it to a temperature, and it will hold that temperature to within a degree. In very delicate operations where precision and consistency are really, really critical—for example, chocolate—that gives us a level of control and that level of repeatability because you can use the controls to program recipes as well. 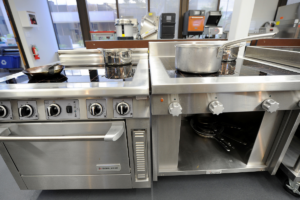 Another asset is cleaning up at the end of the shift. We found in sites where we have been able to install induction cooktops where they had been previously using other types of cooking equipment that one of the comments, in addition to the precise control, was how quickly they clean up as a flat surface. They wipe it down, and it is clean within five minutes, as opposed to taking a long time breaking the equipment down and cleaning it.

FER: What’s the latest in induction cooking that some operators may not be aware of?

If you’ve ever been around a wok range or wok cooking operation, they’re extremely hot. They use a lot of water to cool surfaces, which creates a lot of steam as well. So that adds humidity to the space. Using induction as the technology for heating the wok pan focuses the heat where it needs to be—on the pan—and not where doesn’t need to be, which is in the room. 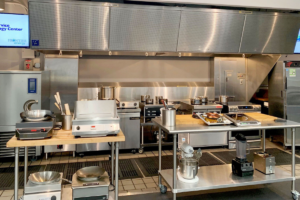 FER: What advice do you have for operators considering induction equipment?

Zabrowski: I think the main thing about induction cooking is it’s still very new to most operators. And, in many cases, there’s a concern about trying something new without having experience. So, my advice with operators is get your hands on the unit, and try it out.

There are many opportunities to either go to a demonstration kitchen or to work with your local utility if they have a program to be able to try equipment out and see for yourself how well it works.

Editor’s note: Responses have been lightly edited for clarity and brevity.