MAFSI Barometer Shows a ‘Healthy Increase’ in Sales for Q4 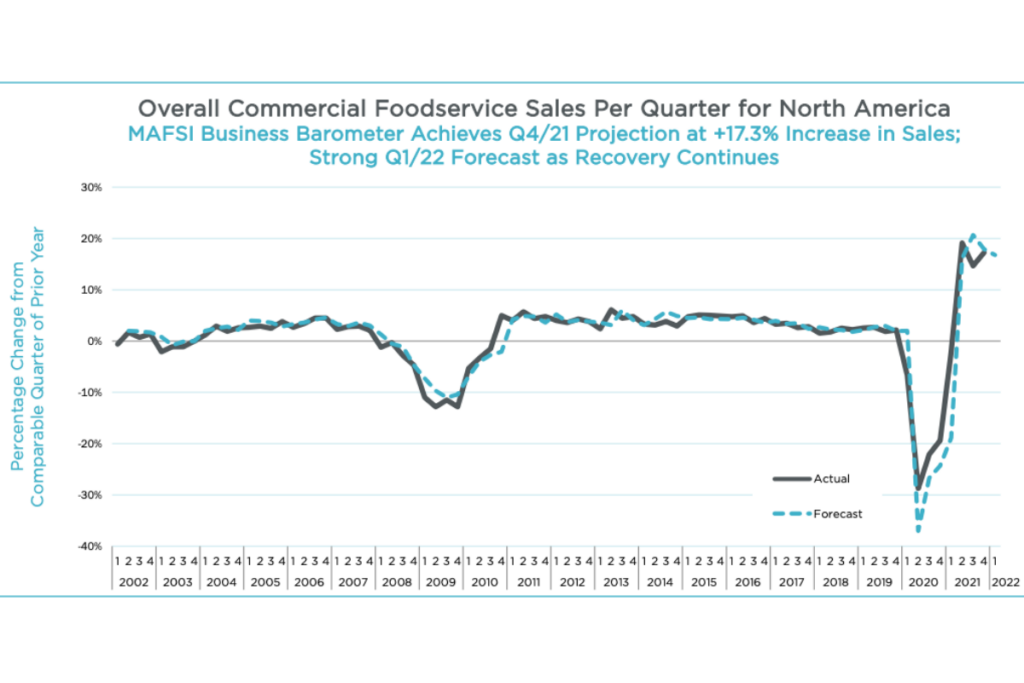 The commercial foodservice industry’s sales growth was nearly right on target with projections for Q4 2021, according to MAFSI’s latest “Foodservice Business Barometer Report.”

The “healthy increase” is due to several factors, says the report, including high inflation, advanced placement of future orders to beat price increases and long lead times and increased demand due to normalization of restaurant dining and return to workspaces.

While long lead times are still an issue, MAFSI says they may be improving. However, higher interest rates, record-high gasoline prices and the impact of the Russia-Ukraine war are of “great concern.”

A closer look at Q4