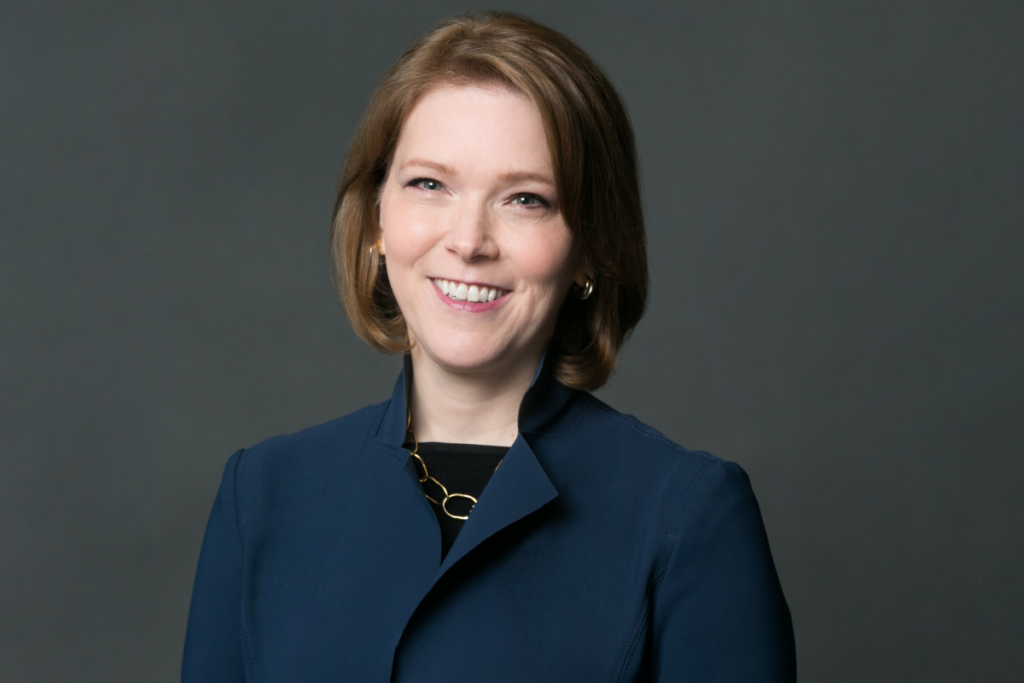 Courtesy of the National Restaurant Association.

The association has been searching for a CEO since last August after previous CEO Tom Bene, who also served as CEO of the National Restaurant Association Educational Foundation, stepped down. Since, Marvin Irby, CFO and chief people officer, has served as interim CEO.

“The search committee led an exhaustive search for a people-centered leader with extensive business acumen and deep policy experience. We have found this in Michelle. She brings—to both our association and foundation—association leadership experience, including working closely with policymakers on a bipartisan basis. On a personal level, she embodies a warm sense of hospitality,” says Lance Trenary, chair of the National Restaurant Association board, in a press release.

Korsmo is a seasoned trade association executive with extensive public policy experience at the federal and state levels. Since 2018, she served as president and CEO of the Wine & Spirits Wholesalers of America, prior to which she served as CEO of the American Land Title Association after being promoted from COO.

Additionally, Korsmo was executive vice president at Americans for Prosperity Foundation and served in the 2001-2004 Bush Administration as deputy chief of staff to Secretary of Labor Elaine Chao.

“Every restaurant—Main Street eateries, quick-service cafes, fine-dining establishments, and all the foodservice locations in between—depend on the National Restaurant Association to serve as the leading advocate on their behalf at each level of government, especially given the unprecedented challenges restaurants continue to face from COVID-19’s impact on our country,” says Korsmo in a press release. “People from all backgrounds benefit from the training and education the National Restaurant Association and Educational Foundation provides, and it will be fulfilling to be a part of that important work. In so many ways, restaurants are the heart of our communities. Sharing the innovative ways these restaurants are serving those communities can better inform policymaking while also attracting the next generation of foodservice leaders and employees. It’s a tremendous honor for me to help lead that effort.”

Founded in 1919, the National Restaurant Association is the leading business association for the restaurant industry, which comprises 1 million restaurant and foodservice outlets and a workforce of 15 million employees.