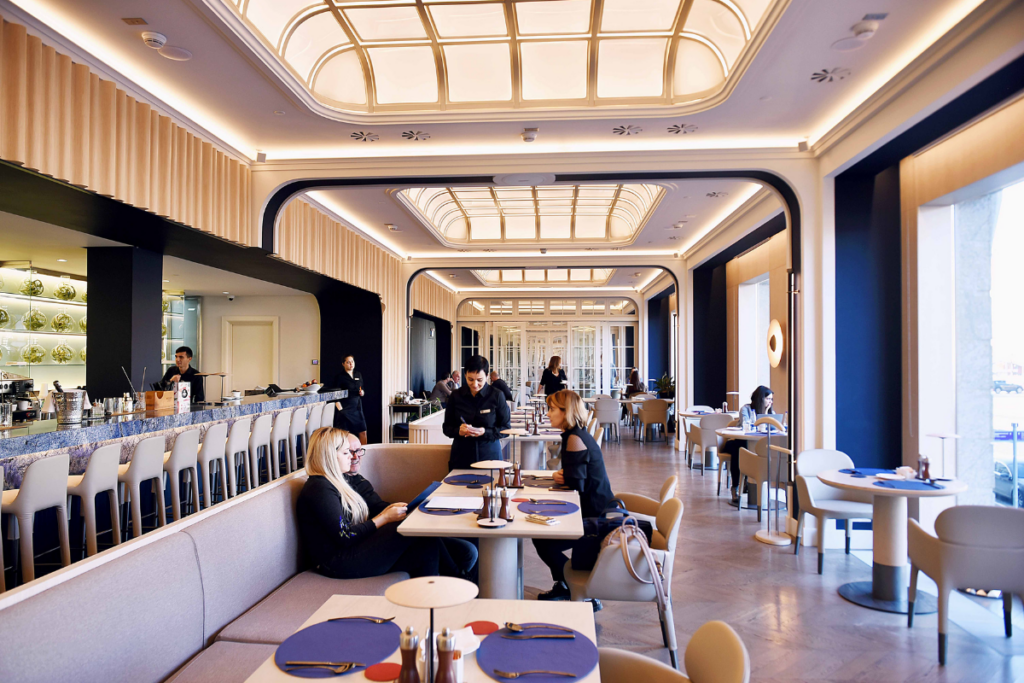 In the first two months of last year, the positive trend from 2020 continued; however, in March and through the fall of 2021, ratings dropped, and the average monthly review velocity increased 40% compared to the first two months of the year, suggesting “a significant component driving overall decline in satisfaction was restaurants being challenged by the influx of pent-up demand,” says the report.

Restaurant guest satisfaction peaked in late February 2021 with an average rating of 4.05 on a five-star scale and dipped to 3.91 stars in late August. The steady decline since February, says the report, represents over a 15-basis point reduction in overall guest satisfaction compared to pre-COVID-19 rating trend levels.

The report looks at different themes as key drivers in the drop in satisfaction. As for the top themes receiving negative feedback, food praise was one, taking a hit compared to June 2020. Timeliness and quality and flavor were other drivers of negative food-related comments. Staff demeanor also drove complaints. “We believe this is largely attributable to new, inexperienced staff unable to provide quick, high-quality service, particularly in the face of new safety protocols while working on chronically understaffed teams,” says the report.

Interestingly, the report notes, complaints did not increase in the category of price and value, suggesting guests may understand the reasons for price increases, though guests “are not complimenting value as they used to.”

How Did the Different Segments Fare?

While all segments saw a drop in ratings, fine dining and casual dining emerged as segment leaders and maintained ratings above the “all-important” four-star threshold, says the report, while family dining, coffee and snack, fast casual and quick service fell below four stars.