The National Restaurant Association says September staffing declines are normal in some states due to seasonal jobs ending. 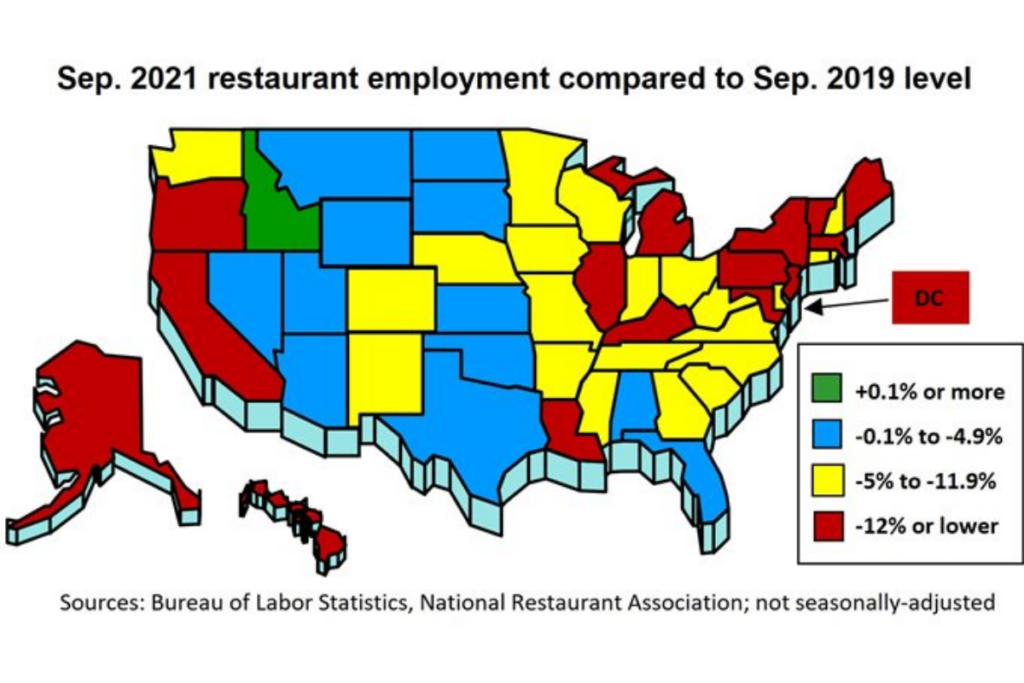 For the first seven months of the year, the restaurant industry saw gains of nearly 200,000 jobs a month, but that growth appears to have leveled off in August and September.

According to the National Restaurant Association, 44 states saw restaurant employment levels decline between August and September, and eating and drinking establishments are more than 900,000 jobs below pre-pandemic levels.

It’s not surprising, the association notes, that some of the states that experienced the most significant job losses, like Massachusetts and New Jersey, did so, as they have sizable seasonal workforces. Those two states in particular typically rank within the top five states for summer hiring, both boosting their restaurant staffing levels by more than 25,000 seasonal positions, the association says.