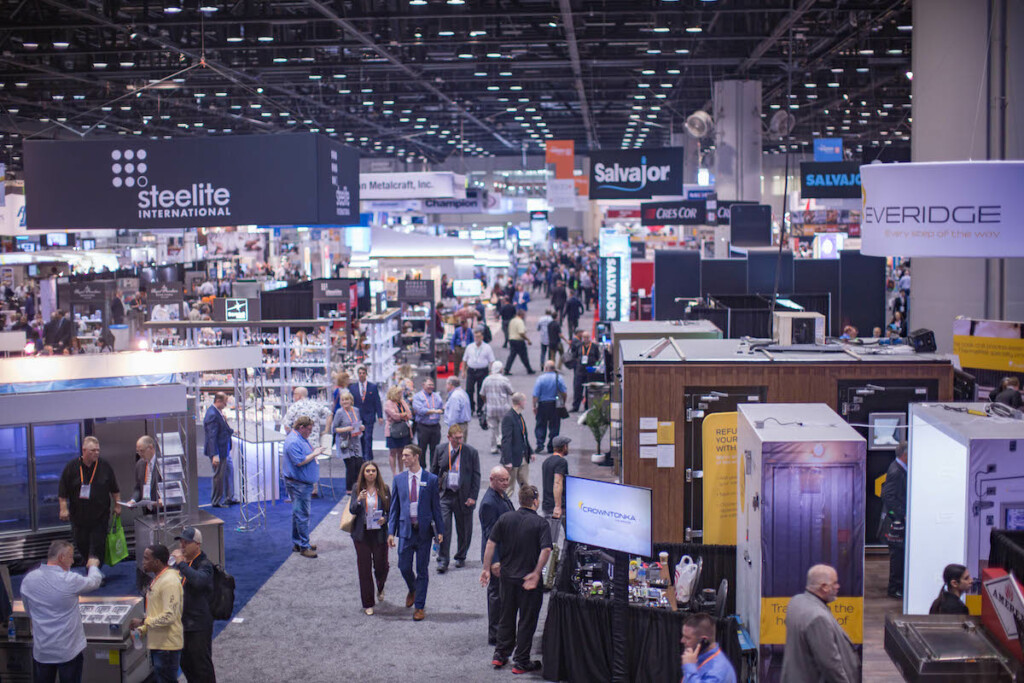 Organizers expect The NAFEM Show 2021 to be about the half the size of the 2019 offering (pictured here). Photo courtesy of NAFEM.

The NAFEM Show always has a lot of moving parts, which is no surprise given its scale and prestige. This year, however, it is all going to be just a little bit more backloaded.

“With regulations and rules changing with what we can and can’t do or how we can and can’t plan to do certain things, we’ve specifically waited to not start the planning until almost mid-June so that we can be pretty assured that what we want to do will happen,” Deirdre Flynn, executive vice president of NAFEM, told FER.

Flynn said one thing is for certain, though: There will be a show, held Aug. 26-28 at the Orange County Convention Center in Orlando, Fla. The biennial event is geared toward commercial foodservice equipment and supplies purchasing decision-makers, including dealer/distributors, kitchen and restaurant management consultants, and those with food-away-from home operations such as independent, chain and quick-service restaurants, colleges and universities, c-store, grocery, concessions, K-12 schools, hospitals, senior living, military and corporate dining.

As of press time, there were no details on the show’s educational sessions, and organizers had just announced the cancellation of the traditional kick-off and closing parties, the latter of which has previously included concerts featuring Sheryl Crow (2019), The Killers (2017) and Zac Brown Band (2015). Also gone this year are the What’s Hot! What’s Cool! What Works lounges, a decision Flynn said was made prior to the pandemic.

Instead, she said, all education and training will take place on the show floor.

A full list of exhibitors is expected to be released in June, but the floor plan is live, offering a glimpse of those who have already reserved booths. While registration is ongoing, early bird pricing ($40) ends July 1.

NAFEM is anticipating 50 percent of the event’s normal attendance, or up to 10,000 total individuals—equally split between exhibitors and attendees, Flynn said.

“It’s really been a personal decision,” Flynn said. “There are a number of NAFEM member companies who have chosen to sit ’21 out, and we completely understand that just based on the situation that we’re in and the aftermath of trying to come out of the pandemic and the letdowns and the changes that happened all throughout last year.”

Those who do choose to attend can rest assured that the event will be guided by an up-to-date health and safety plan. Further, Flynn noted, the Orange County Convention Center has achieved a Global Biorisk Advisory Council Star Accreditation, which means it has established and maintained a cleaning, disinfection and infectious disease prevention program, among other measures. The NAFEM Show team also includes three individuals with a global biorisk certification.

While Flynn notes that the show organizers will not and cannot mandate that attendees must be vaccinated, she said NAFEM is confident that it will have a “strong and manageable plan for everyone.”

Exhibitors can expect a wealth of information to be provided through NAFEM webinars, and an exhibitor dashboard will go live on June 1.

See the answers to FAQs, the floor plan and the most up-to-date information on The NAFEM Show website.