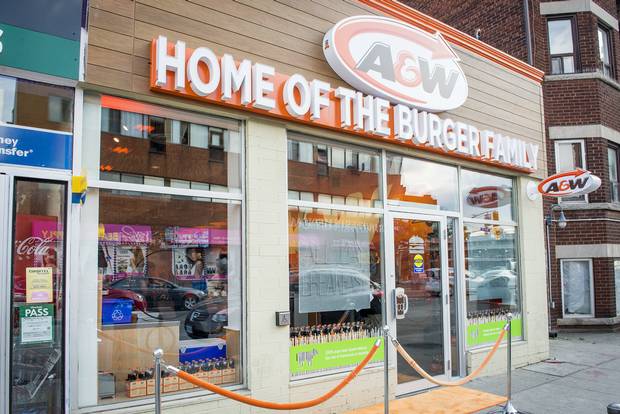 More than 60 years after it first opened its doors to Canada, A&W has celebrated another milestone with the unveiling of its 900th restaurant there. The Toronto store is the 50th urban location for Canada’s second-biggest quick-service burger chain in terms of stores, after McDonald’s. Though its origins are in suburban drive-in restaurants, A&W wants to build a stronger presence in cities such as Toronto, Montreal and Vancouver as it tries to reach its goal of 1,100 stores by 2020. The North Vancouver, B.C.-based chain opened more than 40 stores in 2017, building on the 30 it opened in 2016. It currently has 918 locations nationwide.