How to Create Consistency & Control Costs with Portion Control Dispensers 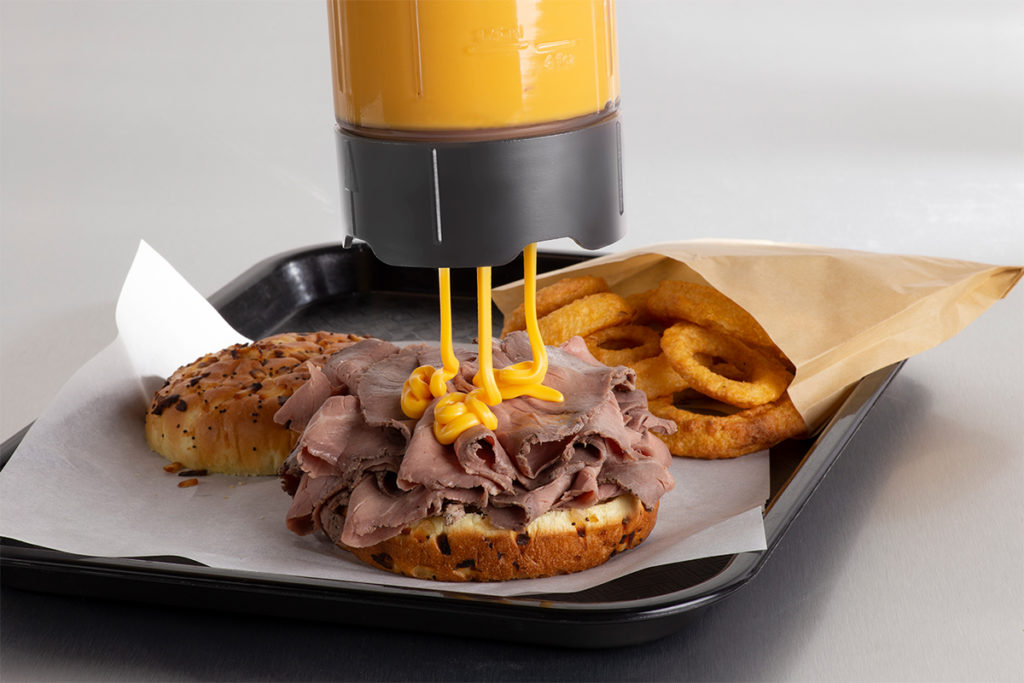 At Parker John’s, a multiunit barbecue and pizza concept in eastern Wisconsin, consistency is key. With the exception of a few items that differ according to the hyper-local ingredients used at each location, the same menu can be found at all of the restaurants. For owner Aaron Sloma, creating a consistent dining experience across all of his locations is a must. As is the case in many commercial kitchens, Parker John’s staff used to rely on squeeze bottles to serve sauces, dressings and condiments. But using the traditional squeeze bottle wasn’t providing the reliable consistency or control Sloma and his staff needed to replicate items across various locations.

“For the majority of the restaurants that I’ve ever been in, the old squeeze bottle was the way to go. But if you get a little piece of garlic in there, it gets stuck. You have no portioning or portion control and everybody’s portion is different,” Sloma said.

In search of a handheld solution that controls portions, Sloma and his team tested out Server Products ProPortion Handheld Dispensers. These handheld dispensers have a 25-ounce capacity for dispensing sauces and condiments, and they can be set to dispense six different portions ranging between ¼ ounce and 1 ounce. They also are equipped with easily changeable valves that allow staff to dispense foods of varying thickness, including those with small particulates. And the test proved to be incredibly successful.

“The Server dispenser was pretty much a game changer in the kitchen in regard to portion control for not only sandwiches but for wings as well,” Sloma said.

In addition to the portion control, another benefit Sloma found in using ProPortion dispensers is the cost-saving aspect of precisely measured portions. Exact portioning gives operators the opportunity to calculate a precise cost per serving and easily measure and track food item usage, rather than relying on wasteful and inconsistent guesswork. With ProPortion, the Parker John’s team sets a specific portion once and dispenses the same exact amount every time, compared to approximated servings from squeeze bottles.

“There are multiple ounces difference in the portions we were doing on a free pour versus what we’re doing now. So that’s considerable savings right off the bat,” Sloma said.

The savings stack up quickly at a high-volume operation like Sloma’s where he says they portion out ranch and blue cheese by the thousands on a weekly basis. They use the dispenser with condiments of varying thickness across three of their locations, and it has been so successful that Sloma plans to use it at a fourth. Using a handheld dispenser with adjustable portion control, like ProPortion, makes it easy to create a consistent Parker John’s experience for customers at each of his restaurants, while also reducing wasteful over-portioning back-of-house.

See how much money ProPortion Handheld Dispensers can save your operation with accurate portioning that speeds up prep and reduces food waste. 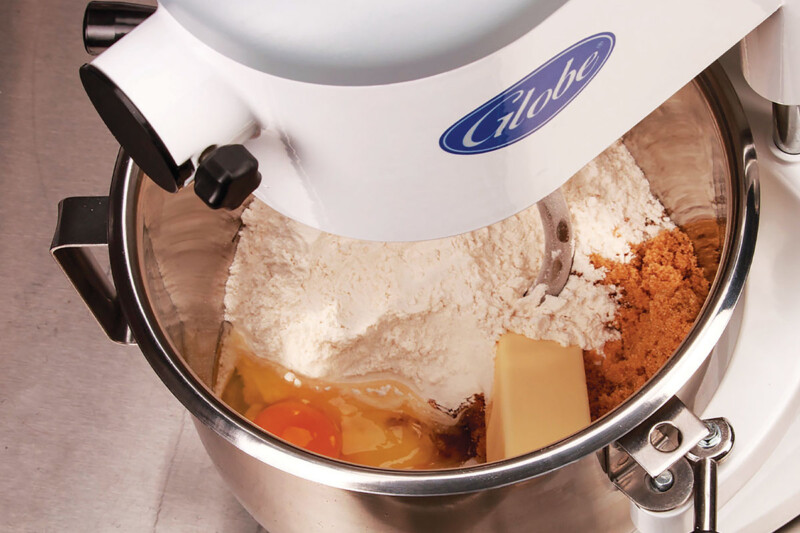 Mixing it Up—What to Look for in a Countertop Mixer

The countertop mixer is the Swiss Army knife of the kitchen—small but mighty, with the power to perform various functions. 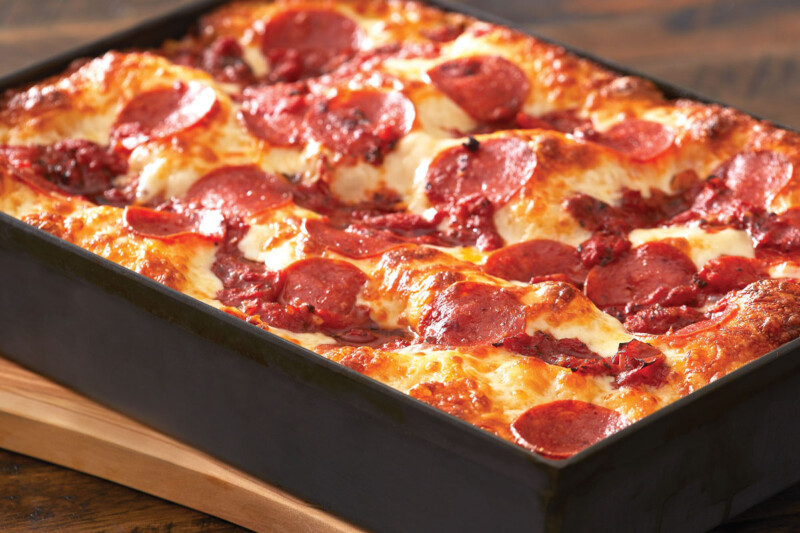 Selecting Pizza Pans? Here’s What You Need To Know

With so many varieties of pizza pans, here's how to select the one that will provide the optimal bake.