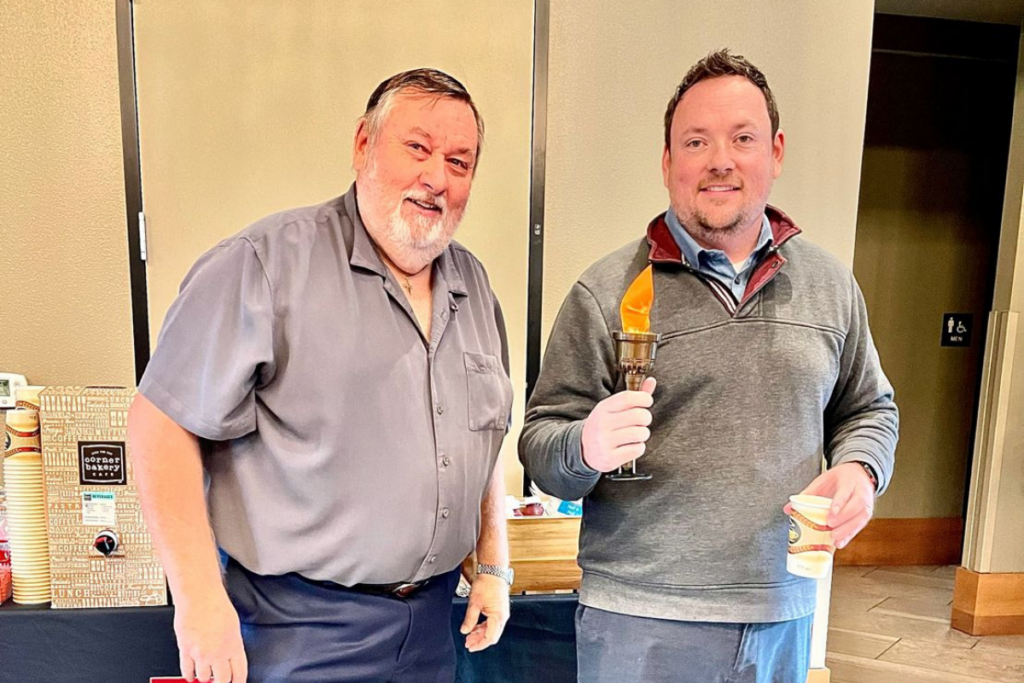 Paul Gustafson passes the torch to Jonathan Gustafson, who was named the company's third president. Courtesy of Ace Mart Restaurant Supply on LinkedIn.

The family-owned and operated Ace Mart Restaurant Supply entered its third generation of leadership with the promotion of Jonathan Gustafson to president.

The announcement was made to leadership during the dealership’s annual conference in San Antonio by former president Paul Gustafson, who now will take on an advisory role, mirroring the original company president and founder, Gus Gustafson.

“It is with great pride that I share that Jonathan Gustafson has been promoted to the president of Ace Mart Restaurant Supply. I have watched him grow and mature over the last 17 years at Ace Mart. He has demonstrated that he cares about the company’s success as much as he cares about the people that make this such a great company,” says Paul in a press release.

Paul also announced other leadership changes during the conference. Carl Gustafson will retire from his role as vice president at the end of the year, making way for Stephanie Bean, who has been promoted to vice president of people strategy and human resources. Carl will remain on the board of directors.

Founded in 1975, Ace Mart Restaurant Supply has 15 stores and a distribution center located in Schertz, Texas.