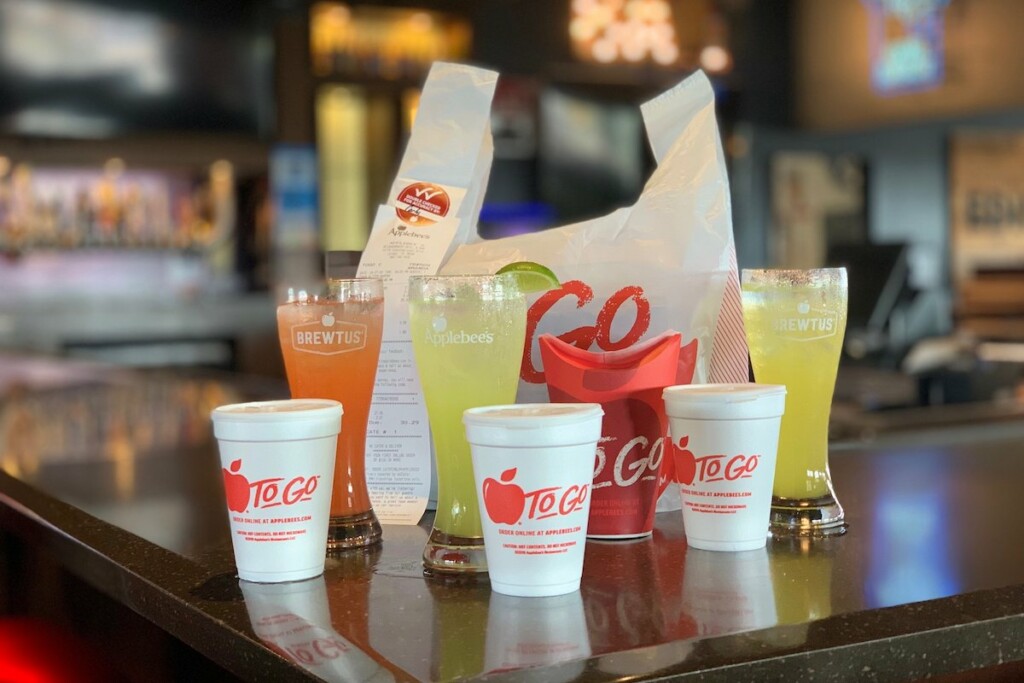 It’s not the end of Prohibition, but it’s about as close to it as modern-day alcohol legislation changes come.

“Alcohol legislation is one of the toughest policy arenas to change,” said Mike Whatley, the National Restaurant Association’s VP of state affairs and grassroots advocacy, in a phone interview with FER. “ … What’s happened in the last year or so with cocktails to-go, honestly, in a non-pandemic environment probably would have taken 10 years in terms of the change.”

As of press time, lawmakers in Arkansas, Iowa, Kentucky, New Mexico, Ohio and Wyoming have signed permanent cocktail to-go laws. Meanwhile, temporary and permanent laws are being mulled in more than 25 additional states, according to the latest data from the National Restaurant Association (see more details at bottom of story).

A growing need for sealing solutions

Early on in the pandemic, what exactly constituted a “sealed” container left room for interpretation.

Daily Grill (with locations in California, Colorado, Maryland, Oklahoma, Texas and Washington, D.C.,) spoke to FER last year about various takeout packaging adaptations, including those for to-go alcohol. For them, it was as simple as ordering smaller cups (12 oz. instead of 20 oz.) and ensuring the lids did not have straw holes.

As time has gone on, restaurants’ adaptations have varied, with some investing in sealing machines or, alternately, adding glass jars to their inventory.

But at the end of the day, the law is the law.

“We want to make cocktails to-go as safe as possible, to make sure there’s no drinking and driving or any of that—and an important component of that is making sure the container is actually sealed,” Whatley said. “So, I think as you’re seeing states taking more proactive stances on sealing, you’re going to see machines that make sealing easier become more popular.” 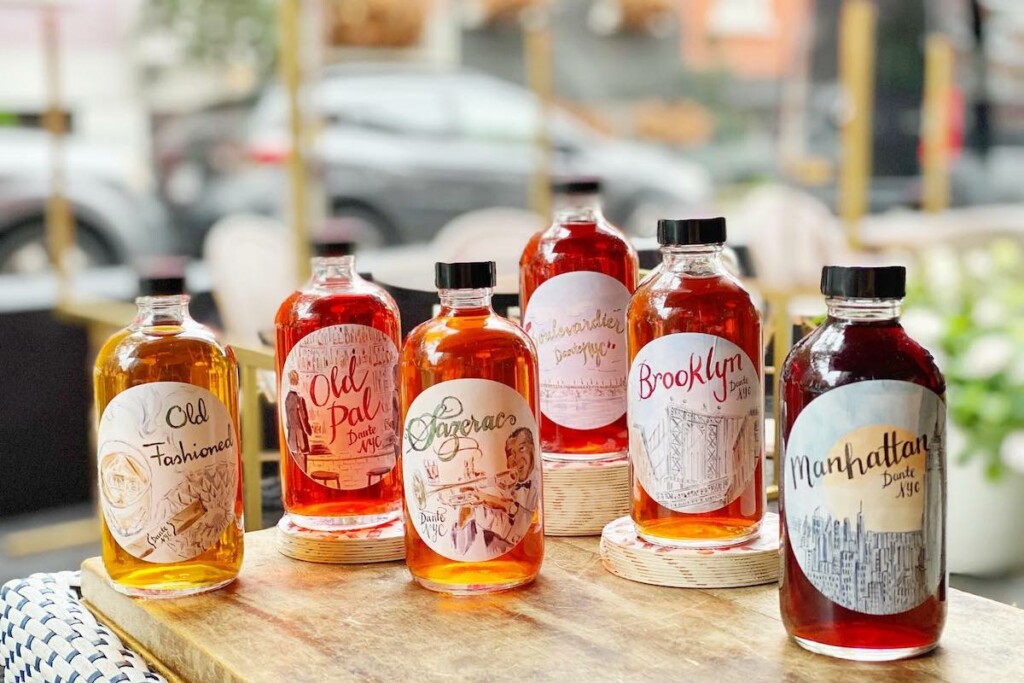 Dante, an Italian eatery in New York City, started bottling its signature cocktails and offering them for delivery amid the pandemic. Photo Courtesy of @dantenewyorkcity/Facebook

“There’s a lot of opportunities here for creative solutions, and I think a lot of liquor companies are realizing there’s a branding opportunity as well,” he said.

The National Restaurant Association has kept a close eye on the significance of to-go alcohol over the past year, and Whatley does not hesitate to call to-go cocktails “a lifeline” for operators.

Last May, when the association polled operators nationwide, 89 percent said they were selling to-go alcohol with either takeout or delivery, and, on average, alcoholic beverages comprised 10 percent of the restaurant’s off-premise sales. In some cases, Whatley said, the revenue generated by to-go alcohol enabled restaurants to retain one or two employees at the height of widespread furloughs.

Ninety percent of operators also said in the poll that they would continue offering to-go alcohol options post-COVID, if legalized.

“While many customers will hopefully quickly come back to on-premise dining, an increase in off-premise dining is here to stay, and you’re going to see it be at a higher level than it was pre-pandemic once we’re out of the pandemic,” Whatley said. “So it’s really important to the industry to make sure that we’re able to sell all forms of alcohol [on and off-premise].”

Consumers also are largely in favor of adopting to-go cocktail legislation, according to the National Restaurant Association.

May 2020 polls of adults in Colorado, Florida, Michigan, Missouri, New York, Oregon, Texas and Virginia suggested that the majority had favorable opinions of permanent to-go liquor laws. Favorable sentiments were strongest in Colorado—with 85 percent in favor, including 47 percent “strongly” in favor—and New York—86 percent in favor, 39 percent strongly in favor.

“It works for customers, it works for restaurants and we really do feel that it’s important for the industry,” Whatley said.

* Some states also have elected to continue temporary cocktail to-go allowances. Data, current as of April 8, according to the National Restaurant Association. 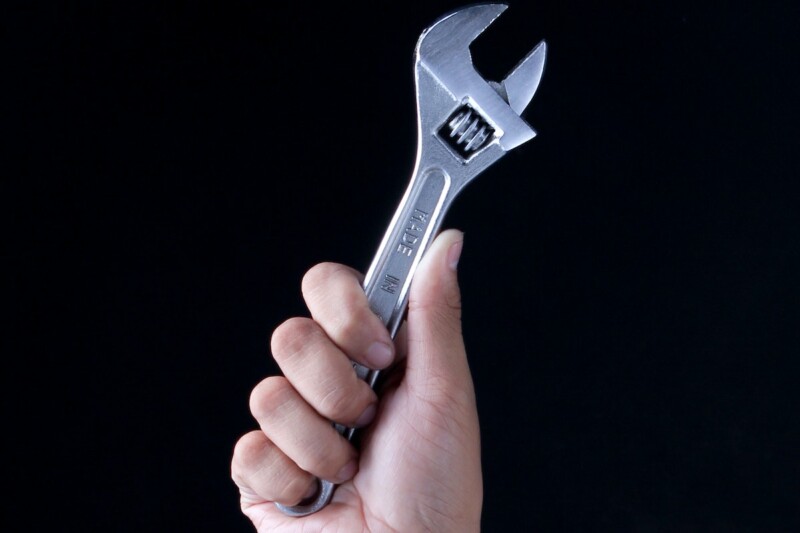 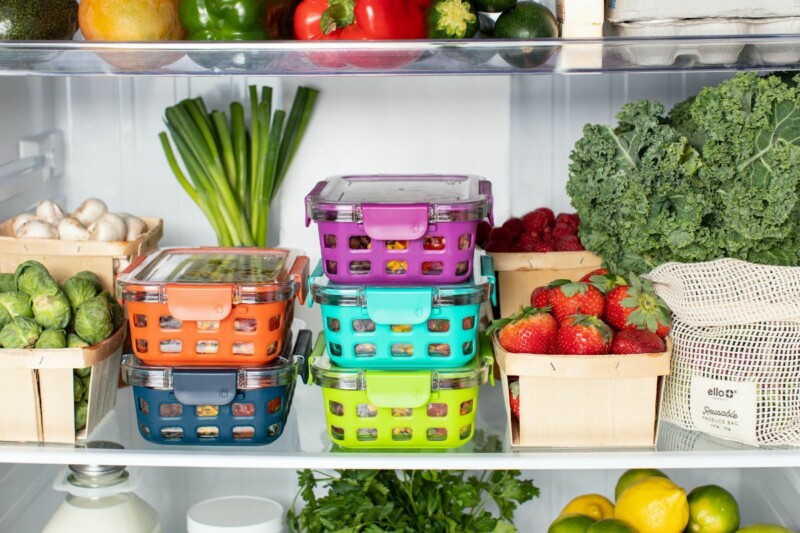