Starbucks’ CEO Is Stepping Down

The coffee chain’s founder, Howard Schultz, will serve as interim CEO for $1 of compensation. 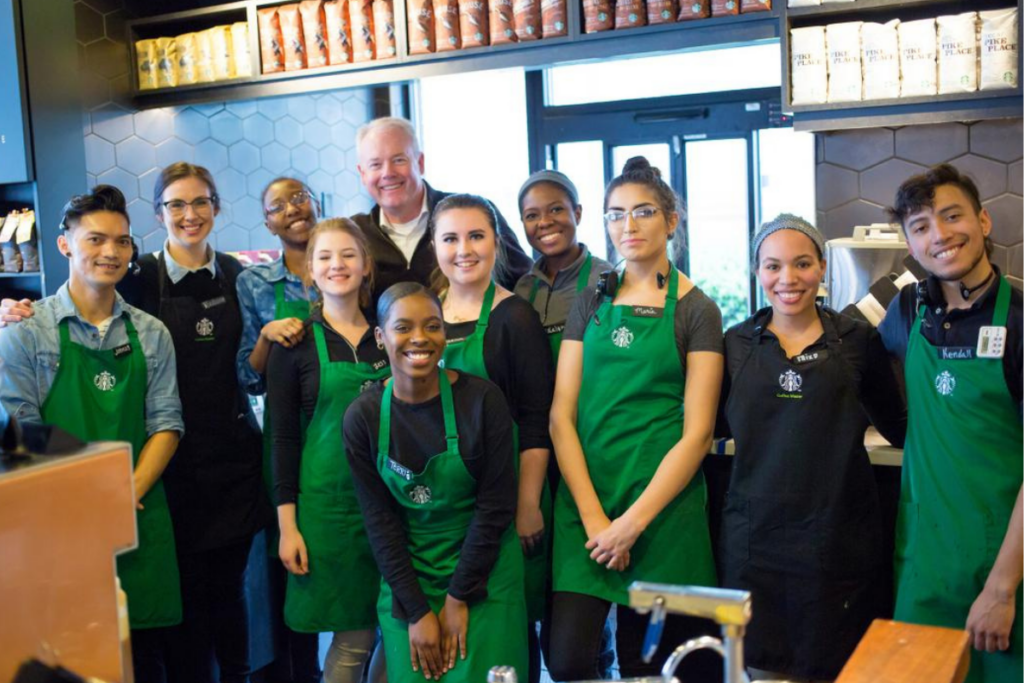 Starbucks is beginning the search for a new CEO after Kevin Johnson, who has served as CEO for the last five years, is retiring.

“On behalf of the entire board, I want to express our sincerest thanks to Kevin for his leadership of Starbucks. Kevin and the entire executive team stepped up to the challenge of the pandemic and navigated one of the most difficult periods in modern history. The economic certainty provided to partners during the early months of the COVID shut down, as well as during mandatory quarantines, underscores our core values and will be an enduring legacy for the company,” says Mellody Hobson, independent Starbucks Board of Directors chair, in a press release.

The coffee giant’s board of directors is undergoing a search for a new leader and anticipates selecting one by the fall.

In the meantime, the brand appointed Starbucks founder Howard Schultz as interim CEO, effective April 4. Schultz also will rejoin the company’s board of directors. In addition to the day-to-day management of the company, Schultz will participate in the search process and help onboard the next CEO.

Schultz is volunteering his time as interim CEO and will receive $1 of compensation.