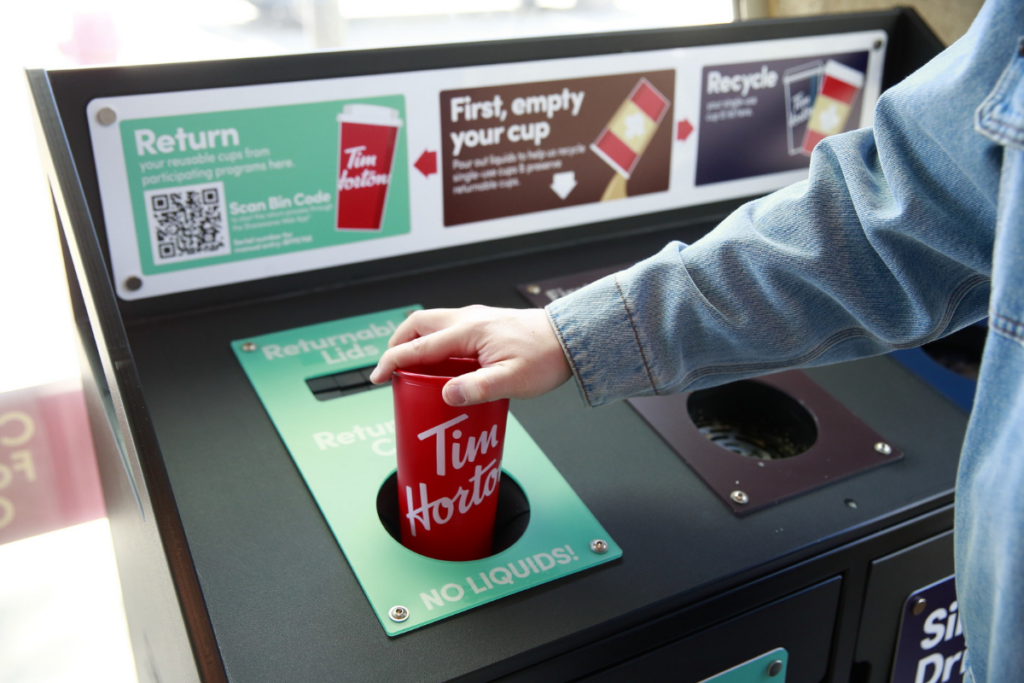 Tim Hortons is taking its reusable and returnable cup program a step further with the launch of a pilot in Vancouver with Return-It, a beverage container management nonprofit.

Through the program, guests at 10 participating Tim Hortons restaurants in the city can pay a $4 deposit (plus tax) to borrow a reusable cup that they can return to one of the participating restaurants or at one of 11 Return-It stations, including in transit locations and other public spaces. After returning the cup, guests will receive their deposit back through an e-transfer, and  Return-It will wash, sanitize and return cups it receives at its locations to Tim Hortons.

The Return-It stations will also collect single-use cups from Tim Hortons and other brands for recycling.

Once the pilot finishes, Tim Hortons says it will analyze the results to help evaluate a scalable solution for a reusable cup program. The program builds on a similar effort that was launched last year in Ontario.

For the last several years, Tim Hortons has been testing ways to scale reusable and returnable packaging systems and increase the recyclability of single-use cups. Last year, the brand rolled out a new, more sustainable hot beverage cup and began testing AI-assisted recycling technology. It also switched its hot beverage cup lid color to improve the products’ chances of being recycled and, most recently, started allowing customers to order cold beverages using their own cups. The brand has already allowed customers to use their own cups to order hot drinks.

Tim Hortons operates nearly 4,000 restaurants in Canada and has more than 5,100 locations worldwide.