The rideshare company will use Nuro's driverless fleet in California and Texas markets this fall. 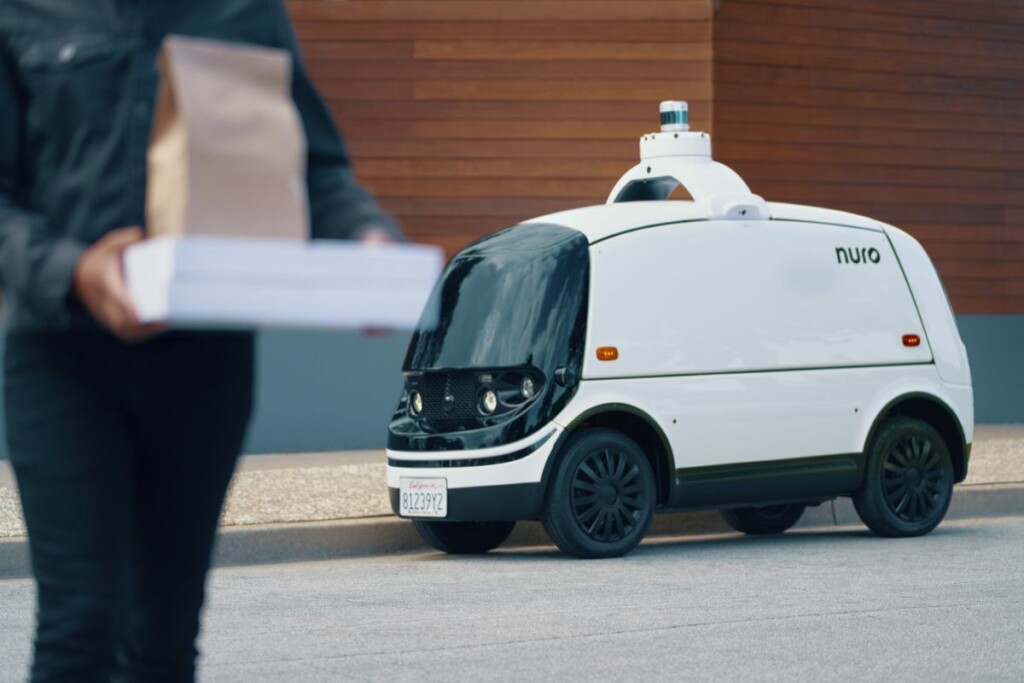 Uber Eats inks a 10-year partnership with the autonomous vehicle company Nuro to use its electric, autonomous vehicles to make deliveries, starting this fall in Mountain View, Calif., and Houston. Courtesy of Nuro.

Uber Eats customers in California and Texas can expect to get their takeout brought to them by driverless electric vehicles starting this fall.

The rideshare company announced it inked a 10-year, multiple-market partnership with the autonomous vehicle company Nuro to use its electric fleet for food deliveries. Nuro’s vehicles run on public roads and are built to carry food and other goods. The partnership will begin in Houston and Mountain View, Calif., before expanding to the greater Bay Area and beyond, says Uber.

“Nuro’s distinctive autonomous vehicles are a great match for the Uber platform, and this partnership will bring a compelling combination of innovation alongside the convenience, affordability and reliability our customers and merchants have come to expect,” says Noah Zych, global head of autonomous mobility and delivery at Uber, in a press release.

Nuro’s collaboration with Uber follows other partnerships with companies in the grocery, parcel logistics, convenience and restaurant segments, including Domino’s Pizza. The pizza chain began testing the robots in Houston in April 2021, saying the program will allow the brand “to better understand how customers respond to the deliveries, how they interact with the robot and how it affects store operations.”

The company also is backed by Chipotle Mexican Grill, which made a “significant investment” in Nuro early last year.

Nuro stakes claim to being the first to obtain an autonomous deployment permit from the California Department of Motor Vehicles and remains one of three companies to be granted the permit.