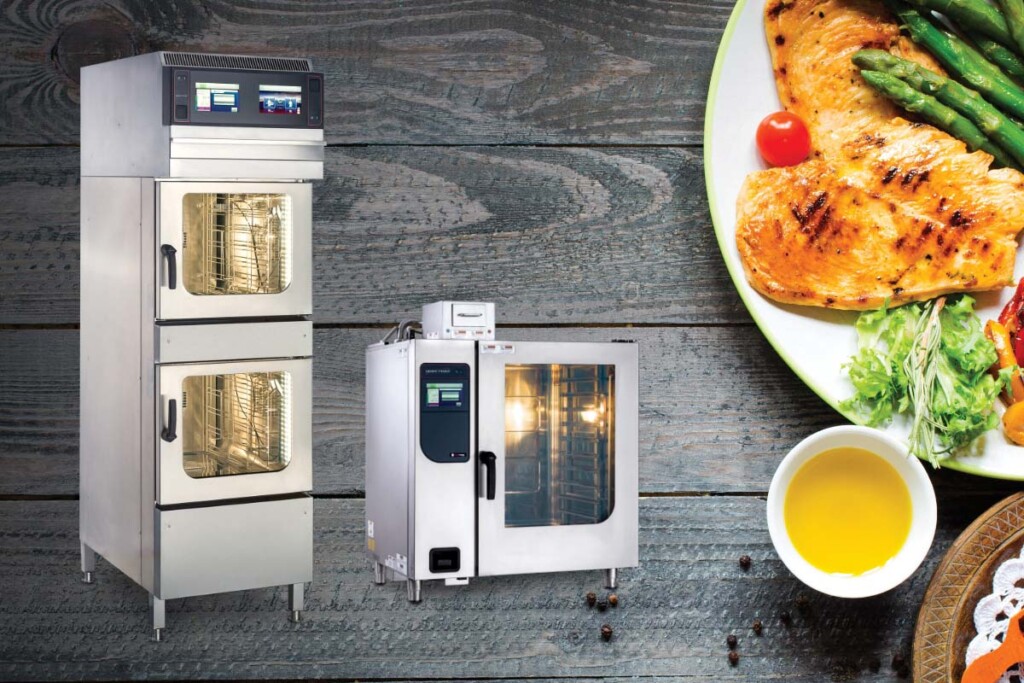 In recent years there has been a legitimate debate over the virtues of boiler and boilerless combis. Each basic design has its advantages and flaws. Often, the quality of the combi and its results depend on how its manufacturer has balanced one against the other.

Most people already know that combis or combi-steamers are ovens that have the ability to cook with dry heat, moist heat or a combination of the two. Cooking with at least some moisture added to heated air is nothing new. Convection ovens with steam injection features have been around for a long time. What makes an oven a combi is the ability to generate enough steam in the cabinet to cook at 212°F (100°C.)

Boiler
The basic advantage of boiler combis is performance. A boiler combi can give the operator a full cabinet of steam already at temperature very quickly. In the case of steam-only “mode”, dry heat elements are not needed at all. This energy-saving aspect is balanced against the energy required to preheat and operate the boiler at all times, whether steam is required or not. The first combi-steamers created steam through separate boilers and then circulated it throughout the oven cabinet with a fan. By introducing dry convection heat, the oven temperature could be raised beyond steaming-only temperature and thus cook with super-heated steam. This provided hot, humid conditions that cooked food quickly without drying it out. “Wet” foods were started out with dry heat only, using moisture from the food to achieve a hot humid environment. Steam from the boiler could be introduced later in the cycle if needed, to maintain these conditions. Compared to boilerless combis, maintenance and replacement costs associated with the boiler itself increase the cost of ownership and operation. Water usage in boiler combis is also very high.

Boilerless
While many improvements to combi-ovens were made over the years, the fundamental design of a water fed reservoir with separately heated boiler is still used today in many units. However, another type of oven was developed that claimed combi status without the use of a boiler. These “boilerless” or steam injection combis were based on the idea that cold water could simply be run into the unit and sprayed on the oven’s heating elements to produce steam as needed. No need for the reservoir and the additional heating element required to generate steam separately. This design made it more difficult to cook with steam only, especially for long periods of time. But without the boiler, these combis occupy a smaller footprint, use less water and are less expensive to buy and maintain.

DynaSteam2—¬ The best of both
Our patented Dynasteam2 effectively bridges the gap between boiler and conventional boilerless designs. This unit has no boiler and so avoids the maintenance and repair issues. Yet the design concept produces as much steam as needed almost instantly while preserving the efficiencies of both heating element and heat exchanger. How? By spraying water onto a specially designed rim that rotates with the fan. This rim is positioned toward the outer edge of the fan, taking advantage of high “circumferential” speeds to “mist” water evenly into the heated cooking chamber. Water droplets below a certain size are instantly turned to steam.

Humidity control
Another resulting difference among combi-steamers has to do with the ability of the operator to control the amount of moisture in the cooking cabinet at any given time. With the technology described above, steam can be added at any time and in varying amounts. But how does anyone know how much is enough or how much is too much? Precise control of humidity in the cooking environment depends on two additional functions: the ability to release or vent excess steam when required, and the ability to measure the relative humidity in real time. A few manufacturers have developed the digital control technology necessary for an operator to select a humidity level and have the machine measure conditions in the cabinet and add or remove moisture automatically as needed. Combis with true humidity control have increased flexibility and productivity by an order of magnitude. Delicate baking, low-temperature steaming, overnight roasting, high temperature grilling, and perfect retherming are just a few examples of what can be done in a single oven with this kind of control over the cooking process. 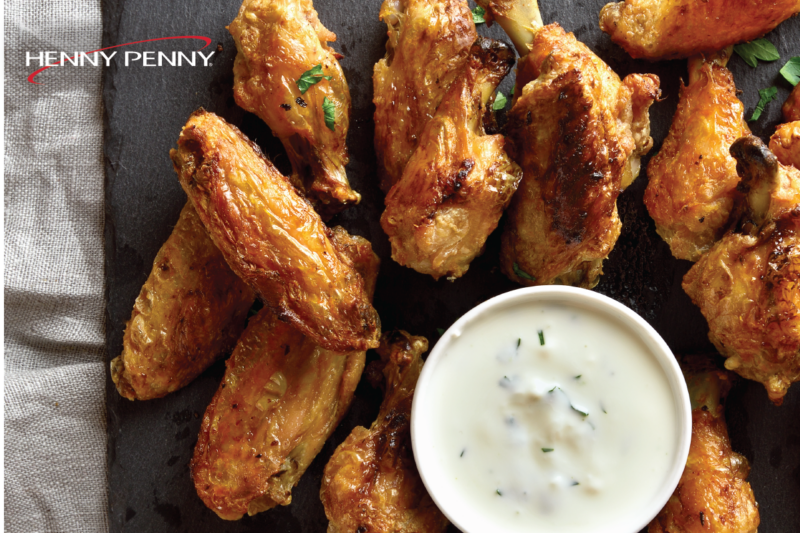 The Limitless Possibilities of a Chicken Menu

One big reason chicken is so popular is that there are so many ways to prepare it. Whole roasted… 8-piece fried… wings, tenders, thighs… and that’s just the bird. Breadings, seasonings and cooking… 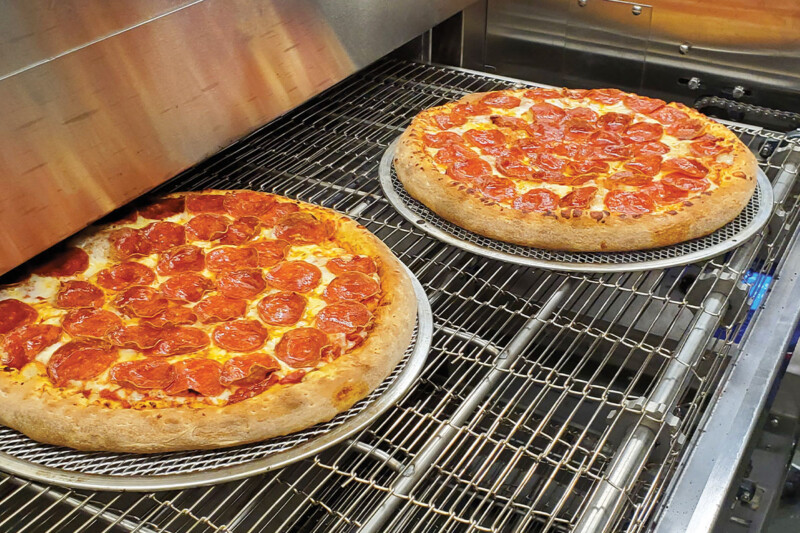 Leave it and retrieve it. That’s how one manufacturer describes the simplicity of cooking with a conveyor oven.