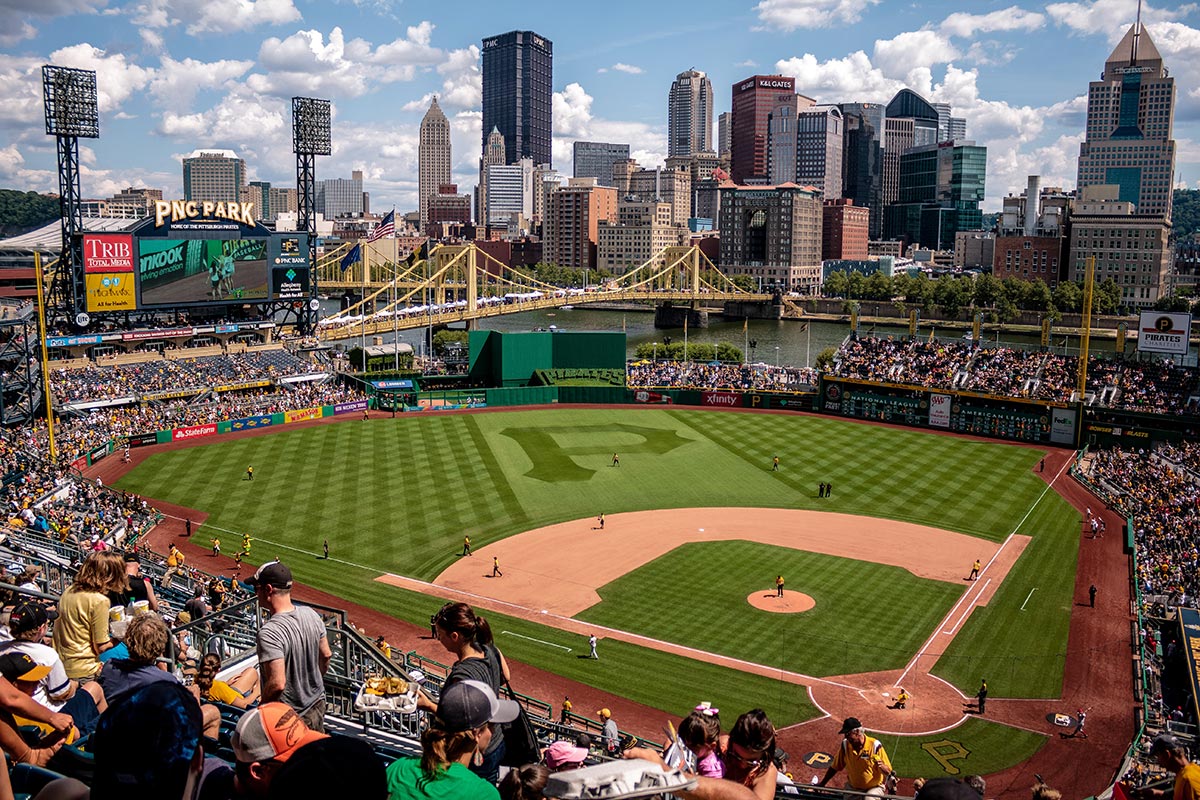 But concessionaires at ballparks are just as focused on the experience as they are on the food—and the results have implications for the foodservice equipment industry.

Aramark and other contract management foodservice operators debuted their newest offerings just in time for Major League Baseball’s Opening Day 2019. Here’s a play-by-play of the concepts and innovations at baseball stadiums this season, as viewed through an E&S supplies lens.

At the Coliseum, home of the Oakland A’s, oversized tricycles will deliver ice-cold treats on the go. A BeerCycle will patrol the stadium’s concourse offering two draft beers (Aramark rolled out the cycles at NFL stadiums last season). Fans also will be able to buy alcohol-infused popsicles from the stadium’s new Party Pop cycle, equipped with a freezer.

Another offering at the Oakland A’s Coliseum, Stadium Sips Airline Carts will pass out mixed drinks in pouches along the premium seating level.

In January, Tropicana Field (where the Tampa Bay Rays play) became the first major league sports stadium to go totally cashless for its foodservice, ticketing, parking and retail points of sale, following a pilot of the program in 2018.

Speed of service was a main factor, and testing saw average transaction times cut in half, Forbes reports.

Guests are able to pay for food, drinks and other items using credit cards, gift cards or mobile payment methods, such as Apple Pay. Or they may trade cash for gift cards on-site to use for purchases.

Other stadiums, including the recently renamed T-Mobile Park (home of the Seattle Mariners) are testing cashless transactions at certain concession areas.

Aramark has expanded the use of intelligent self-checkout technology, which uses cameras and 3-D technology to scan the color, shape, dimension and other features of customers’ food purchases—no barcodes required.

The system already is in place at the Price Chopper Market Place at Kansas City Royals’ Kauffman Stadium and will make its debut at other stadiums that Aramark services this season.

“Our approach to consumer technology is not just about throwing new gadgets out there, but making technology a part of the experience,” Aramark’s V.P. of Customer Technology Baker Smith has said.

Aramark launched an initiative last September that will include baseball stadiums this season. It’s goal: a 30% to 60% reduction in the use of plastic straws and stirrers across sports venues and other operations by 2020.

The Chicago White Sox (in partnership with its foodservice partners) led the way last season, becoming the first Major League Baseball team to serve drinks without straws and offer biodegradable straws upon request.

This will be the first full season for the biodigester system at Miller Park, home field for the Milwaukee Brewers. The equipment, which was commissioned by the ballpark’s hospitality contractor Delaware North last April and installed in the stadium’s kitchen, converts organic food waste into more environmentally friendly waste water. Data from the system also informs the operator’s efforts to reduce waste and increase efficiency.

According to the biodigestor’s manufacturer BioHiTech, the system has the ability to eliminate 30,000 pounds of food waste from entering landfills in a typical baseball season. The ballpark won a Best Sustainability Initiative award from VenuesNow in 2018 for the equipment installation.

Rounding out the spate of innovative tech offerings by Aramark is the rollout of Walk-Thru Bru—an express, self-serve beer market.

It’s just one more way baseball fans can grab a beer and get back to the game quickly, joining pour-your-own beer walls already on offer at stadiums for the Cleveland Indians and Minnesota Twins, where Delaware North operates food and beverage services.

The trend toward healthier menu offerings has been in play at stadiums for some time. Aramark has taken it a step further, fully dedicating several new concessions stands to healthier fare.

The company also will bring in a new sales director for its catering unit.