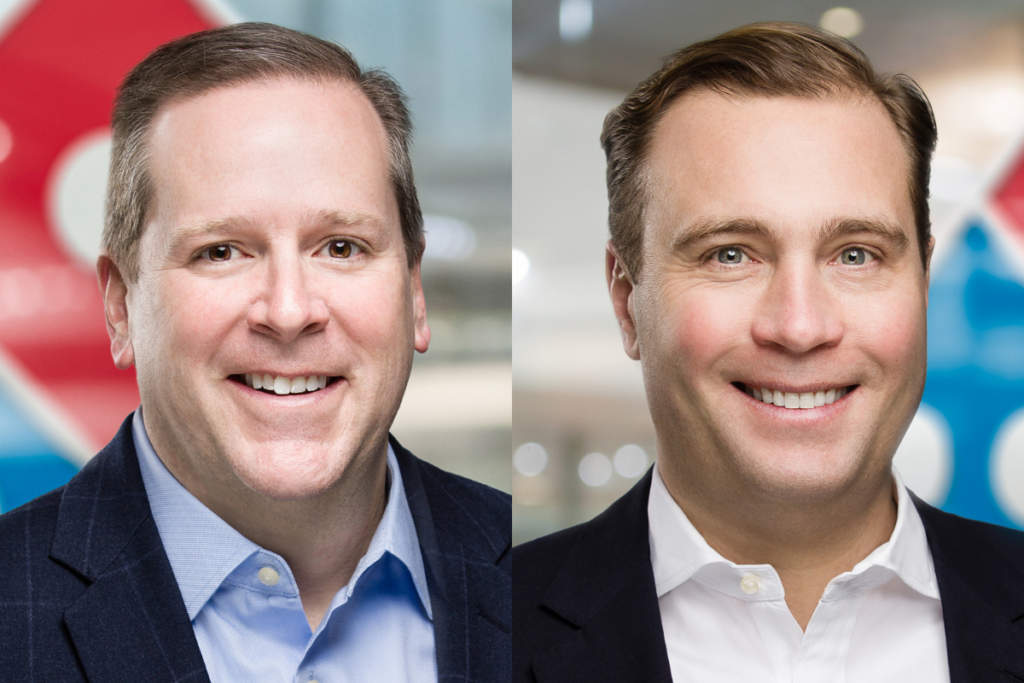 Joe Jordan (left) is being promoted to president of U.S. and global services, and Art D'Elia (right) is being elevated to executive vice president of international. Courtesy of Domino's Pizza.

After naming a new incoming CEO this week, Domino’s Pizza is making more changes to its C-suite. Today, the brand announced the promotions of Joe Jordan to president of U.S. and global services and Art D’Elia to the role of executive vice president of international, effective May 1.

Jordan most recently served as executive vice president of international, a position he’d held since April 2018, after serving as senior vice president, chief marketing officer from May 2015 to April 2018. Before joining the pizza chain, he worked for six years at PepsiCo North America as senior director of marketing.

In his new role, he will be responsible for leading the company’s U.S. business and key global centers for excellence.

As for D’Elia, he previously served as executive vice president, chief marketing officer since July 2020. He joined Domino’s in January 2018 as senior vice president, chief brand and innovation officer. Before working for Domino’s, he served as chief marketing officer for Danone Dairy’s business unit, which served the United Kingdom, Ireland, Belgium, the Netherlands and Luxemburg.

As executive vice president of international, he will oversee the brand’s business in more than 90 countries.

“Joe and Art are extremely talented executives who have 15 years of Domino’s experience between the two of them,” says Russell Weiner, COO, president and incoming CEO. “They are well known and respected by our team members and franchisees around the world. Each are incredible leaders whose insights, expertise and values embody what makes Domino’s such a special place to work. I am excited for them and for the company.”

The pair will report to Weiner.