Expansion Roundup: Where Four Brands Are Breaking Ground Next 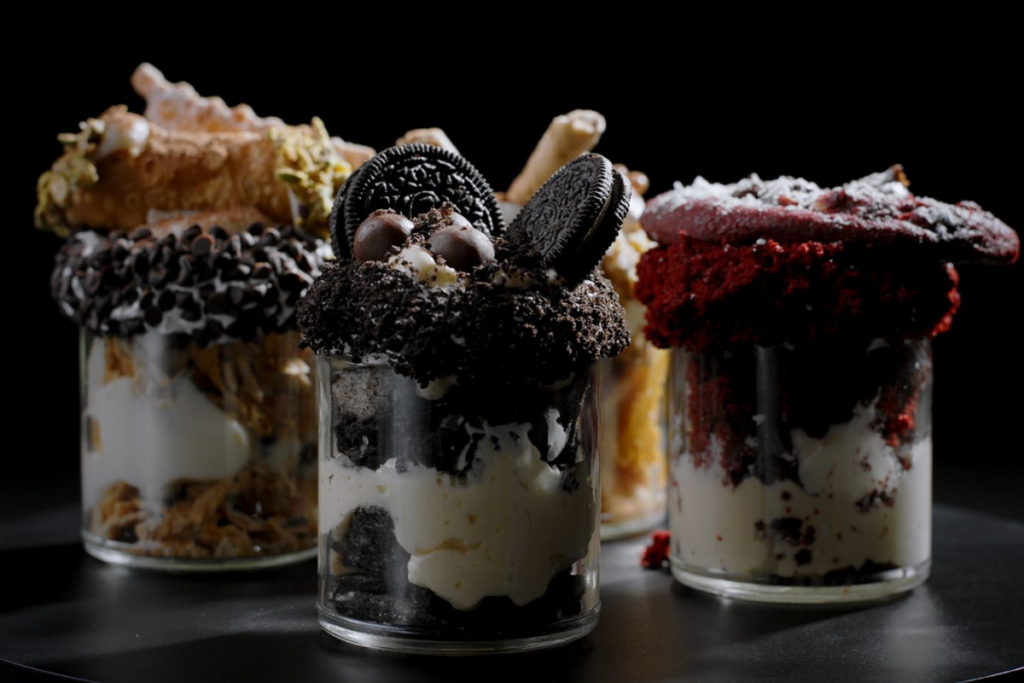 Jars, a dessert concept from celebrity chef Fabio Viviani, inked its first multiunit development deal to bring 10 units to Texas. The brand aims for "hundreds" of locations in the next several years. Courtesy of Jars.

A doughnut shop is bringing the sugar to new locations, while a Fat Brands co-branded concept is entering Puerto Rico. Here, FER looks at recently announced growth plans for Shipley Do-Nuts, Fatburger and Buffalo’s Express, Jars and Rooster and Rice.

The franchisee will initially open five locations in Orange County, beginning with a store at 5919 S. Orange Blossom Trail in the fourth quarter. It will be the fourth Shipley Do-Nuts in Florida. Michael Burns, who leads MLD Hospitality, says he believes the Orlando market could sustain up to 50 Shipley locations.

The doughnut brand currently has over 330 restaurants in 10 states.

Fat Brands is bringing its co-branded Fatburger and Buffalo’s Express concept to Puerto Rico with a 10-store development agreement. Franchisee Conceptos Restaurants is leading the deal, with plans to open the locations over the next five years.

Fat Brands also has inked deals this year to bring the co-branded concept to Alaska, Arkansas and Florida.

“Quick-service and fast-casual concepts continue to gain popularity in Puerto Rico, and we are thrilled to be able to make our debut on the island with a partner like Conceptos Restaurants,” says Taylor Wiederhorn, chief development officer of Fat Brands, in a press release.

Jars, a dessert concept from celebrity chef Fabio Viviani, may have a small presence now, but it’s shooting to have “hundreds” of locations nationwide over the next several years.

It’s making progress toward that goal as it announced its first multiunit development deal to bring 10 locations throughout the Dallas-Fort Worth and Austin, Texas, markets.

The seven-year-old concept aims to redefine the Asian QSR market with its chicken and rice-based menu. Rooster and Rice recently expanded out of California, where it has 11 locations, with a store opening in Houston. The brand plans to expand to between 16 and 20 locations by 2023.