Mezli claims to be the first fully autonomous robotic restaurant in the world that serves customizable, made-to-order hot menu items. 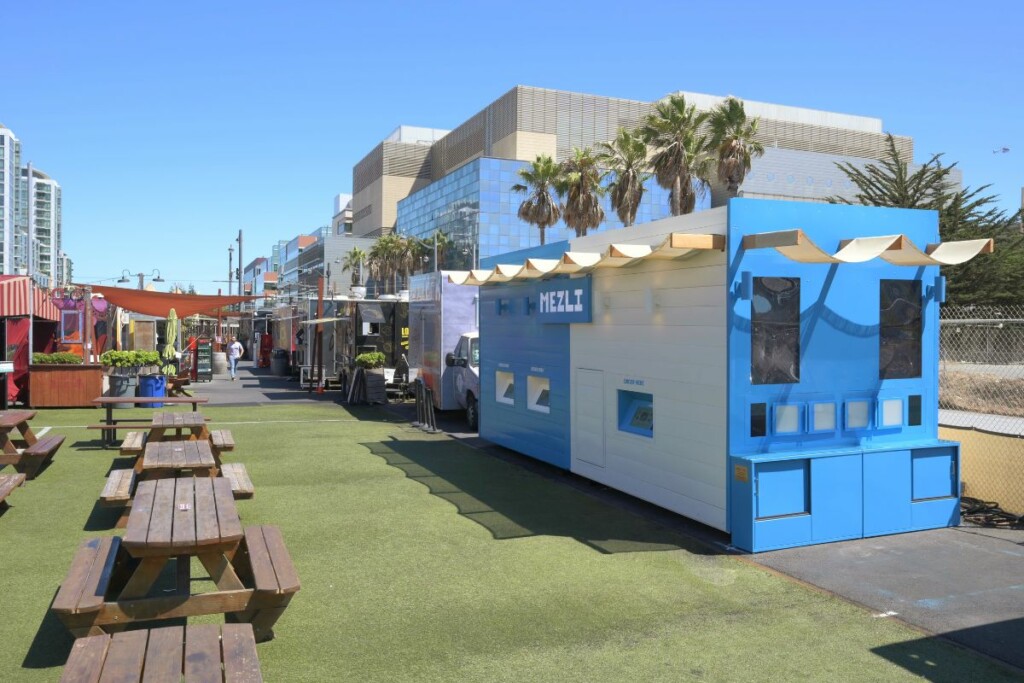 Mezli, a fully autonomous Mediterranean concept, is opening on Sunday, Aug. 28, in the Spark Social food park in San Francisco. Courtesy of Mezli.

Dubbed Mezli, the concept offers hot Mediterranean grain bowls without requiring any human intervention. Customers can place their orders at the location, which has no on-site workers, via touchscreens, and the meals and drinks are prepared by a robotic chef. Once ready, the items are sent to food lockers where customers can retrieve them.

Following the launch of the concept at Spark Social SF, Mezli plans to expand to other California locations before expanding nationwide. Because the concept is smaller and cheaper to build than traditional fast-casual restaurants, Mezli can be deployed in a wider range of locations with a smaller carbon footprint, according to the brand.

Other automated concepts also recently have launched that use contactless ordering systems to dish out meals and drinks without requiring human intervention, like the in-house dining concept Brooklyn Dumpling Shop, the robotic pizzeria Capriotti’s is adding to its stores and the robotic smoothie kiosk Jamba by Blendid.

Mezli has been in the works as a full-time project since January 2021.