Starbucks’ Next CEO Hails From London

Laxman Narasimhan will relocate to the Seattle area to helm the coffee chain, effective Oct. 1. 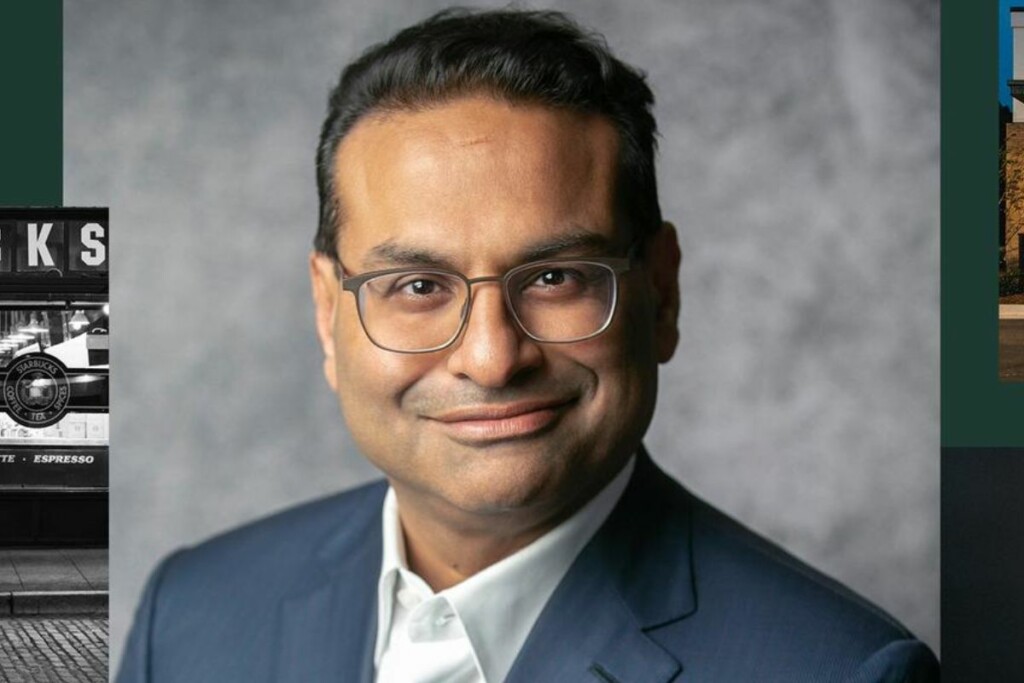 Starbucks has found its next CEO in London. The company announced today that Laxman Narasimhan will take the reins as the coffee brand’s next CEO, effective Oct. 1, after relocating from London to the Seattle area.

Howard Schultz, who has served as interim CEO since March, will remain in the role until April 1 and will serve as an advisor to Narasimhan through 2023 while remaining on the board of directors.

“When I learned about Laxman’s desire to relocate, it became apparent that he is the right leader to take Starbucks into its next chapter. He is uniquely positioned to shape this work and lead the company forward with his partner-centered approach and demonstrated track record of building capabilities and driving growth in both mature and emerging markets,” says Schultz in a press release.

Narasimhan has nearly 30 years of experience leading and advising global brands. He most recently served as CEO of Reckitt, a multinational consumer health, hygiene and nutrition company, where he led the company through a “major strategic transformation and a return to sustainable growth,” says Starbucks.

His resume also includes serving in various leadership roles at PepsiCo, including global chief commercial officer, CEO of the company’s Latin America, Europe and Sub-Saharan Africa operations, CEO of PepsiCo Latin America and CFO of PepsiCo Americas Foods. Before PepsiCo, he was a senior partner at McKinsey and Co.

As Narasimhan transitions into the role, he will spend time with Schultz and the management team, employees and customers. Starbucks says this will initially include Starbucks store immersions and visiting manufacturing plants and coffee farms.