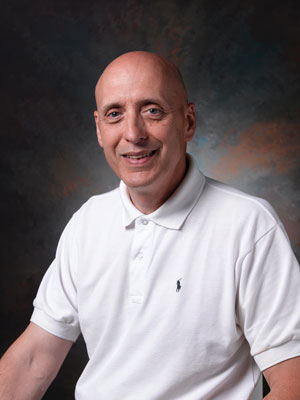 We’ve talked for years at FER about starting a series that would profile those who have had long, colorful and productive careers in the foodservice and foodservice E&S industry. The recent retirement of Bill Stella got us off the dime. We plan this to be the first of a regular series of such profiles. FER Publisher/Research Editor Robin Ashton interviewed Stella, who he’s known since 1982.

After close to half a century in the business, Stella has retired as head of international sales for T&S Brass, Travelers Rest, S.C. As he says, “For the first time in 50 years, I won’t have to plan what I’m doing today.”

He’s had an amazing career, but part of the basis of his success is his beginnings as a dealer. His family owned Stella Foodservice Products in Detroit. He began working in his aunt’s restaurant at 12, after which his dad, Frank, let him begin working at the dealership. His first job was scraping windows. After college he hired on as a salesperson. “I had a four-foot desk and a phone. I did pretty well,” he says. “I eventually became president.” If you know Stella, that laconic humor is one of his hallmarks.

When asked what he learned as a dealer, first in sales, later in management, he says, “as a dealer, I connected with the end-user customer. I learned to understand their needs, their hot buttons, etc. And then I ran the company. It prepared me for taking on any kind of task. But my biggest advantage with having a dealer background is when I sat across from a distributor or end-user customer, anywhere in the world, they knew I’d been there.

“The most critical person in the foodservice E&S industry, whether it’s the market in Detroit or that in Beijing, is the dealer/distributor salesperson. He or she is the person that makes it happen. And we treat them like crap.”

Stella says that what got him interested in international sales was all the immigrant operators he called on in Detroit and environs. “And I’ve always had wanderlust. I did Europe on $5 a day in my youth. Just always had that desire.”

Keith Jaffee at Amco (who later served as president of NAFEM) needed someone to help with retail sourcing, and knew that Stella was interested in international.

“He wanted me to do sourcing for housewares. I said sales. He put his money where his mouth was. He flew me to Asia. I loved it and I did the sourcing for a year or so. My experience on the retail side was priceless. It taught me a lot about other cultures and people. Korea, China, Japan, Thailand. It was a great primer.

“But the real thing that fascinated me about selling in international markets was dealing with people from so many backgrounds. I learned a lot from them because these folks were tough. Before I started working for Amco, I remember going to a negotiation session in Detroit. Lots of high level Ford folks and the like. And the speaker said ‘you are not good negotiators. In Asia and other parts of the world, the kids are the best; they nag til you quit and buy something. And you are Americans.’ I learned from my Asian customers and suppliers how to overcome objections.”

Stella spent more than a decade at Amco and finally left after Leggett & Platt bought the company. He worked as a sales and marketing consultant for a few years before joining T&S.

We asked Stella, who has long served major chains in global markets, what advice he has for chains looking at international markets.

“It would be the same as if they were expanding into the West Coast from the East Coast: Are there people on the ground who can service you? Though it’s a bit more difficult in international markets. Who is going to buy in and support them with installs and service? In the U.S., manufacturers control the service networks, but in many global markets, it’s the distributor or project guy who is the servicer. It’s more like two-tier distribution in the U.S.”

Asked the same question about manufacturers, he says it’s all about commitment and long-term staying power. “Are you willing to spend $500,000 to help establish the brand offshore, for trade shows and web presence in local languages and local advertising? You have to be patient and committed. We entered India in 2011. We’ve done 50 to 60 training sessions with consultants, spent money on trade shows, both local and national. We hired a guy on the ground. Only now are we seeing results, six years later. If you can’t do that, hire an export management company. In some markets they are a good alternative, as they can consolidate freight and handle finance for you.”

Stella is justifiably proud of what he achieved at T&S in the past 13 years. “When I came to work, T&S international sales were 3% of the total. Now they’re 16%-17% and perhaps closer to 19% if you throw in plumbing as well as foodservice. We have a factory in Shanghai and a warehouse in Europe. We accept payment in three currencies.” He credits T&S ownership for giving him the time and resources that made this happen. “They have never been shy about meeting the needs of the market. Claude (Thiesen, whose family owns T&S) is a visionary. They gave me the resources and let me build it.”

Stella is grateful to T&S for another reason, one he thinks is another object lesson for the industry.

“When you are looking to fill positions, don’t ignore older professionals.” He was 56 when T&S hired him to help run international sales. “Never thought I had a chance,” he says, “but they offered me the job and I’ve been there 13 years! This is an important thing to keep in mind. Lots of people don’t want to hire older folks, but they have multiple jobs in their background and bring a lot of experience and viewpoints.”

Stella is now retired, but he’s not done. “I’d like to consult, just helping mentor salespeople, help people with marketing. These things are learned through experience.”