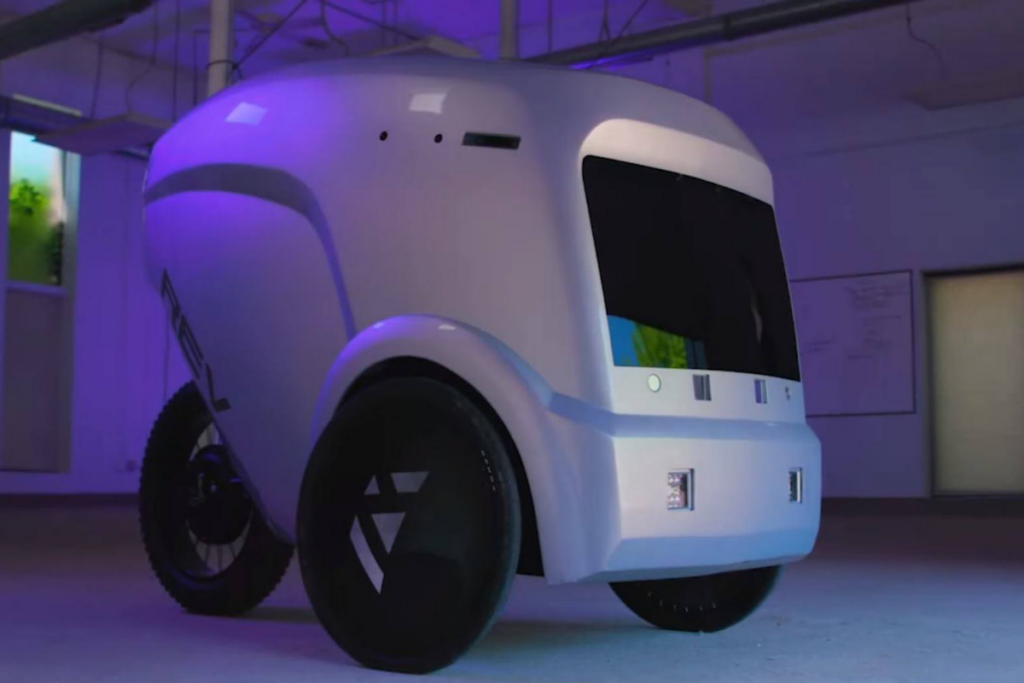 Chick-fil-A has deployed a fleet of autonomous delivery robots at an Austin, Texas, restaurant and will expand the test to a second Austin store this summer. Courtesy of Refraction AI.

Delivery customers within a mile of Chick-fil-A’s Austin, Texas, restaurant at 6th Street and Congress Avenue are getting their meals delivered via self-driving robots.

Chick-fil-A recently began piloting the robots at the location and will expand the test to its Austin restaurant on Martin Luther King Jr. Boulevard beginning in late June. The over 2,700-unit brand says the technology helps expand its delivery services and is more cost-effective than traditional delivery methods.

“Autonomous delivery using Refraction’s robots creates an exciting new opportunity to extend the Chick-fil-A experience to a growing number of delivery guests,” says Luke Steigmeyer, operator of Chick-fil-A at 6th and Congress, in a press release. “The platform will allow us to provide fast, high-quality and cost-effective meal delivery within a mile radius of our restaurant, all while helping to keep the community we serve environmentally clean and safe.”

The robots, which travel in the margin of the road or in a bike lane to complete last-mile deliveries, emit 90% less carbon and use 80% less energy than traditional delivery methods, according to the robot’s manufacturer.

College campuses around the country also have been deploying the tech. At the University of Tennessee, for example, 40 autonomous robots are delivering from 16 campus eateries, including Starbucks, Steak ‘n Shake and Subway.