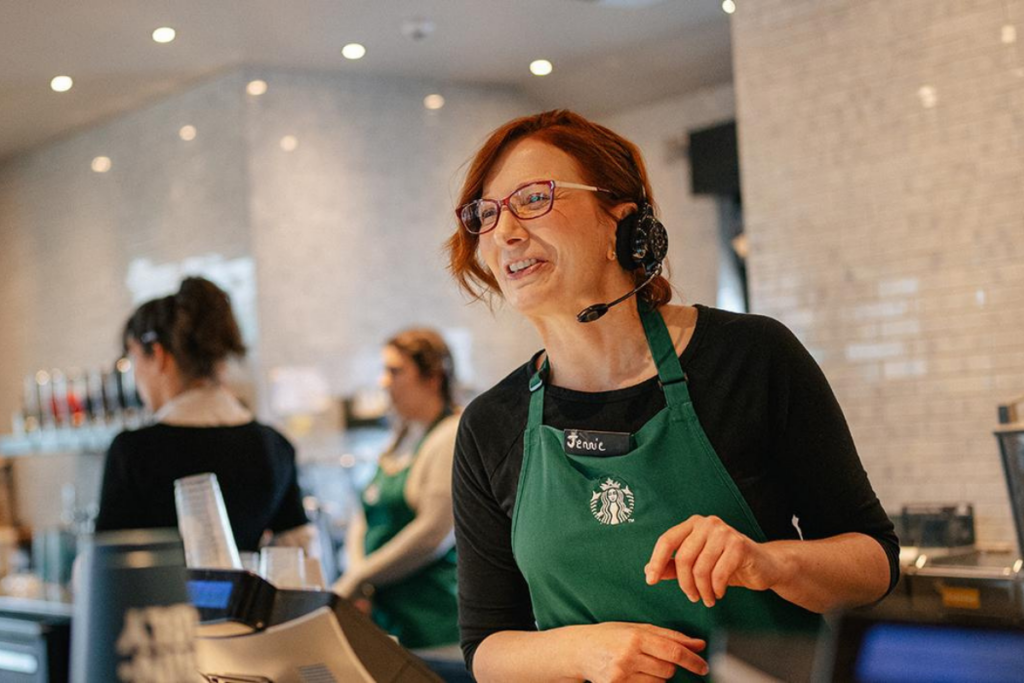 Starbucks is accelerating the rollout of new equipment, like MerryChef Ovens and Mastrena 2 espresso machines, to give employees new tools to meet demand. Courtesy of Starbucks.

Starbucks Interim CEO Howard Schultz spent his first month back in the CEO position traveling the country to meet with employees, and in that time, one theme became clear: The equipment in the stores and the layout of the stores have not been designed to meet the record customer demand the brand is experiencing.

That, says Schultz, has put “enormous” pressure on employees and requires “new tools” for them to do their jobs. As such, Schultz announced during Starbucks’ second-quarter earnings call on May 3 that the brand will be committing $1 billion in fiscal year 2022 to several investments, including equipment and technology upgrades.

These enhancements include resolving all “non-critical” repair and maintenance immediately, upgrading all in-store iPads with new models and accelerating the rollout of new equipment, like MerryChef Ovens and Mastrena 2 espresso machines.

Other investments include upgrading the algorithms for labor scheduling and upgrades in the digital app to provide customers with a more accurate measure of when their beverage will be ready. The coffee giant also is increasing hourly pay to $15, effective Aug. 1.

The interim CEO says Starbucks, “despite having not lived up to the expectations we set for ourselves,” has something “few, if any” of its peers have, and that is unmet demand. Schultz says COVID drove dramatic changes in customer behavior that Starbucks stores were not designed or built for. Those challenges, he says, were further amplified by record demand in U.S. stores with the lifting of COVID restrictions.

Under typical circumstances, Schultz says the brand already would have made investments in store design, operations, infrastructure and technology; however, he says COVID interfered with the brand’s ability to do so.

“As a result, we’ve been unable to meet the relentless demand we’re seeing in our U.S. stores as seamlessly as our customers and partners expect and, candidly, deserve,” he says. “Simply said, we do not, today, have the adequate capacity to meet the growing demand for Starbucks coffees. Going forward, we will be making investments in our partners and business to literally catch up on investments we have not made and make further investments to position the company ahead of the coming growth curve.”

Schultz says the brand will reveal some of its “industry game-changers” centered around technology and personalization at Starbucks’ Investor Day, which was moved up to September in Seattle from December in New York.