The robot will handle the brand’s frying station for chicken wings and other fried foods. 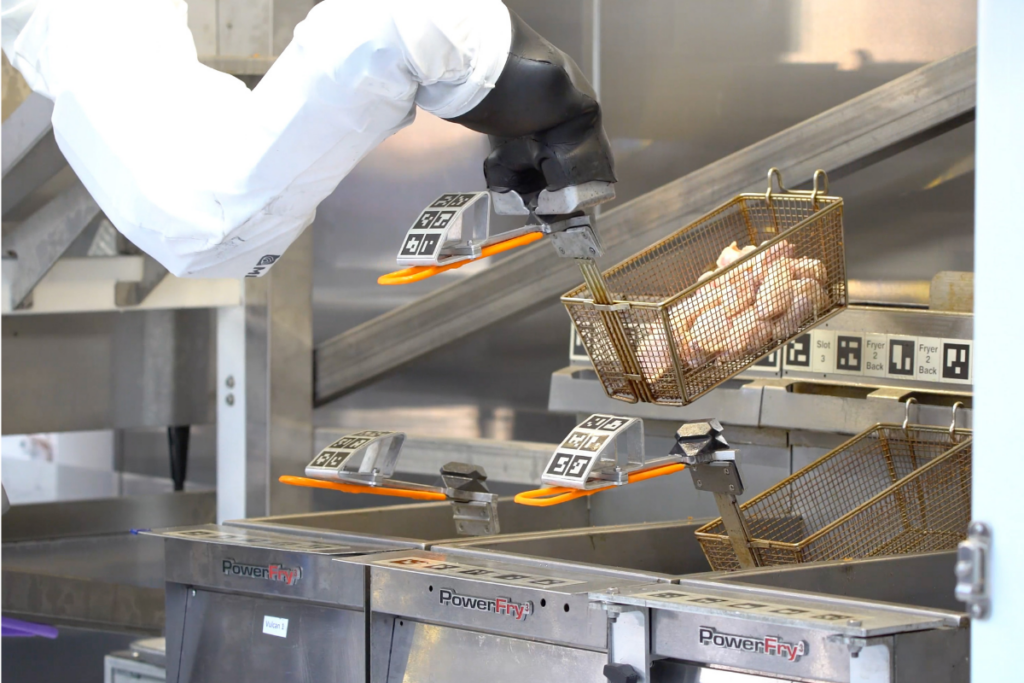 Wing Zone signed an agreement to make a robot at its fry station standard in all future traditional restaurant builds. Courtesy of Miso Robotics.

The future of Wing Zone is robotics. The brand has signed a statement of intent to make a robot at the frying station part of the chain’s standard build for all future restaurant locations.

The agreement makes Wing Zone the first fast-casual brand in the world to spec food robotics into its operations at this level, according to the robot’s manufacturer. Wing Zone has over 100 new restaurants in its development pipeline and says its technology roadmap “relies heavily on strategic partnerships” like this to maximize efficiency and provide a better customer experience.

“Our industry is in dire need of automation, and we are more than ready to deploy it at scale to continue growing our business,” says David Bloom, chief development and operating officer of Wing Zone, in a press release.

The partnership follows the recently announced launch of Wing Zone Labs, a franchisee of Wing Zone that will focus on driving innovation for the company. Wing Zone Labs will deploy the robot at 20 forthcoming southern California locations.

Last September, Wing Zone unveiled a new design–incorporating robotic fry cooks and other tech-focused additions—that it planned to introduce at five Las Vegas locations before rolling it out company-wide.

Wing Zone has more than 31 locations in North America and 30 restaurants internationally.