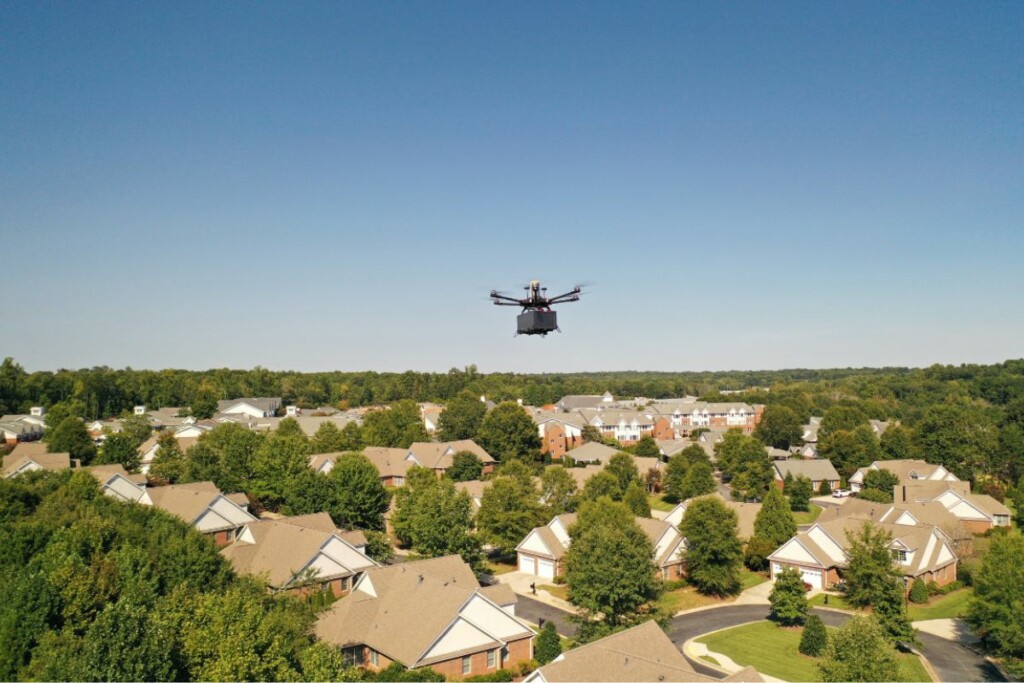 With the latest approval, Flytrex says it can now deliver to approximately 60,000 additional customers. Courtesy of Flytrex.

The approval increases Flytrex’s potential customer base from 40,000 to 100,000, says the company. The aviation-grade certified drones can fly five miles round trip, carry just shy of seven pounds and fly at around 32 miles per hour. Customers place orders through the Flytrex app and can choose from a growing list of brands. Orders are then lowered into customers’ backyards using wire.

“Drone delivery at scale is finally taking off, and this approval from the FAA positions us squarely at the forefront of that movement … We look forward to continuing this exciting flightpath to one day bring three-minute delivery to the tens of millions of backyards across the U.S.,” says Yariv Bash, co-founder and CEO of Flytrex, in a press release.