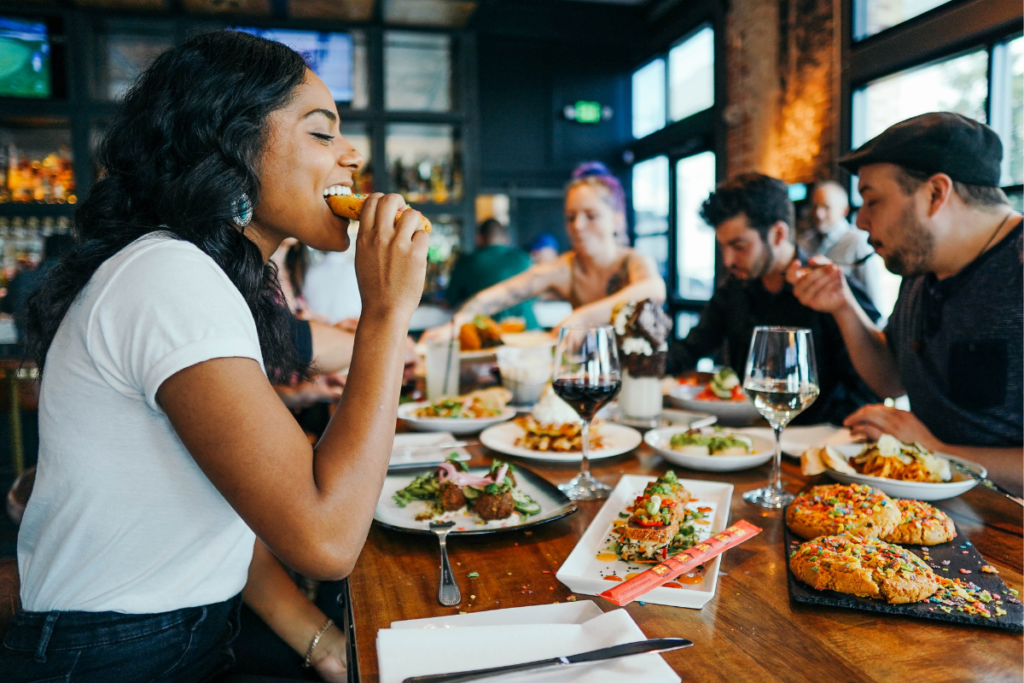 Spend for consumers age 18 to 24 at full-service restaurants is up nearly 20 percentage points from pre-pandemic levels. Courtesy of Alex Haney on Unsplash.

Sales at full-service restaurants haven’t returned to pre-pandemic levels, and it’s due to older guests not spending as much, says Black Box Intelligence.

In the research firm’s latest Restaurant Industry Performance Pulse, Black Box details the differences in spending among age groups at full-service restaurants. While spending by those age 25 to 44 has “modestly” surpassed pre-pandemic levels, older age groups remain below.

Consumers age 65 and older have the weakest spending growth, and Black Box says it’s likely due to continued health risk aversion, followed by less growth in income and the impact of high inflation.

On the other side of the equation is the 18 to 24 age group, which is offsetting weakness with “robust” spending growth. “Younger guests are experiencing strong work prospects, with rapid wage hikes and increasing job openings, as well as benefiting from recent stimulus and the student loan pause,” says Black Box in the report. Spend for that age group is up nearly 20 percentage points from pre-pandemic levels and represents roughly 9% of spend mix.

Younger demographics also are driving sales growth at limited-service restaurants, says Black Box. The largest spend gain is from those age 34 and below, while 18- to 24-year-olds lead on a percentage growth basis, up over 26 percentage points from before the pandemic. For limited-service consumers age 45 and older, they also have increased spend but to a lesser extent.

For all restaurant segments as a whole, Black Box reported that sales growth improved for the week ending March 27, stopping a four-week streak in which sales growth was softer than the previous week.