The pizza chain says it will learn from the test before rolling out the service nationwide. 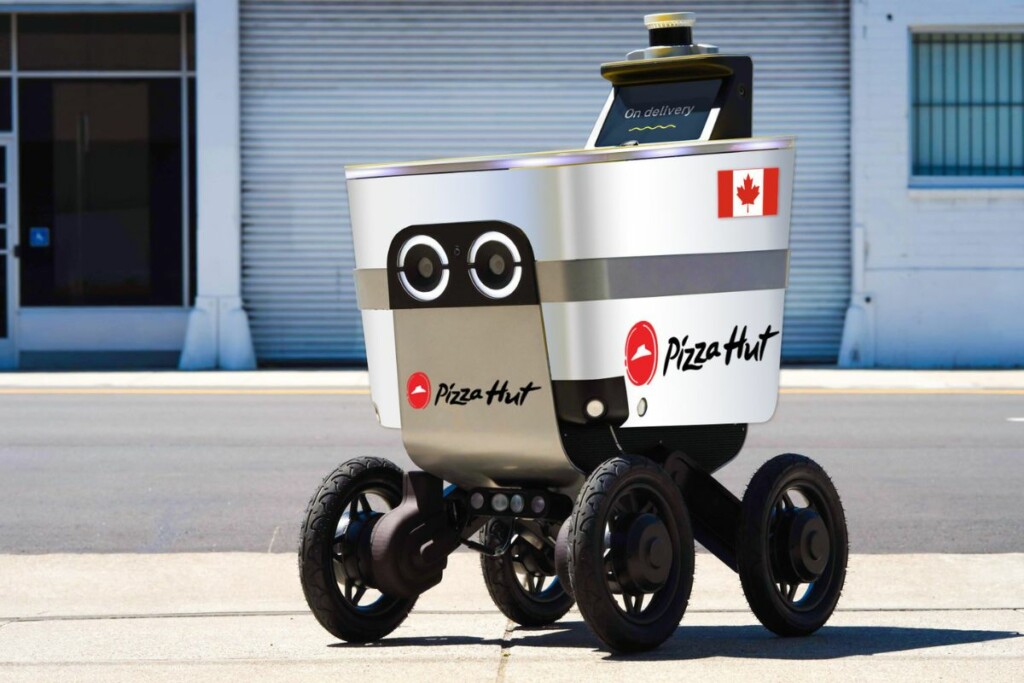 Select Pizza Hut delivery customers in Canada are being greeted at their doorsteps by robots.

The future-forward delivery service comes as Pizza Hut Canada has partnered with an autonomous sidewalk delivery company to host a two-week pilot program in Vancouver, B.C., to have orders delivered directly to customers’ doors via robots.

The pizza chain selected the store at 1725 Robson St. as the first for the pilot. Customers chosen for robotic delivery who are ordering through the mobile app will be able to use the app to track the robot’s location. Once the robot arrives, they will receive a one-time pin to retrieve their order from the robot’s secure compartment.

The robots are equipped with sensors to identify nearby objects, allowing them to autonomously navigate sidewalks while also being assigned to human supervisors for added safety. The manufacturer of the technology says the self-driving robots have completed tens of thousands of deliveries, “eliminating the equivalent of thousands of car trips and several tons of CO2 from city air.”

“This signals an exciting step forward for the future of delivery technology in Canada,” says Manish Dhankher, director of operations at Pizza Hut Canada, in a press release. “We’re confident Vancouverites will not only experience delight in having a robot deliver their food but will also find this complements Pizza Hut’s existing delivery service, allowing us to deliver more food to more people.”

Pizza Hut Canada says the company will learn from the Vancouver pilot, which ends Sept. 30, before rolling out the service nationally.

Other brands, like El Pollo Loco and C3, are opting to test robotic delivery by air using drones. And, signaling future expansion, the drone delivery startup Flytrex recently got the green light from the Federal Aviation Administration to double its service area.