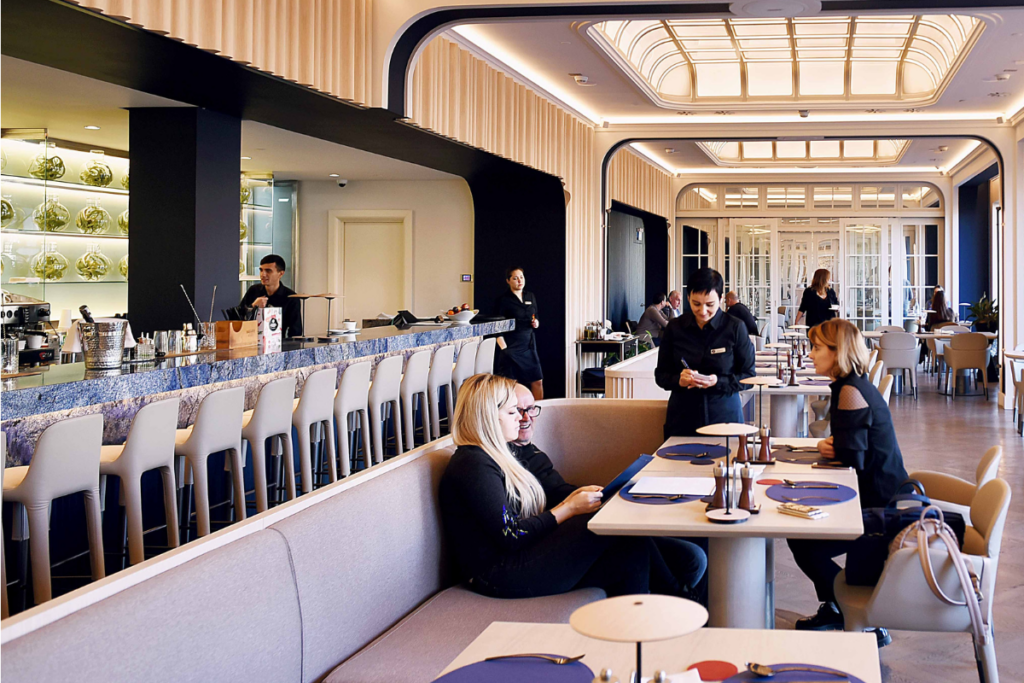 Full-service restaurants once again earned an American Customer Satisfaction Index score of 80. The fast-food industry, however, dropped to a score of 76. Courtesy of Canva.

In the study, based on interviews with 20,143 customers between April 2021 and March 2022, full-service restaurants maintained a customer satisfaction score of 80 on a scale of zero to 100, and fast-food restaurants dropped 2.6% to 76.

Earning the highest individual scores among full-service restaurants were LongHorn Steakhouse, Texas Roadhouse and a group of smaller full-service restaurants, each with scores of 80. Cracker Barrel (unchanged) and Fridays (up 1%) were next at 78, followed by Olive Garden (down 4%), Outback Steakhouse (down 1%) and Red Robin (down 1%) with scores of 77.

Among fast-food brands, Chick-fil-A led the pack for the eighth straight year with a score of 83. A group of smaller fast-food restaurants slipped 1% to 79, tying ACSI newcomer Jimmy John’s for second place. Domino’s (down 3%) and KFC (down 1%) followed at 78. Four chains scored 77: Chipotle (unchanged), Panera Bread (down 1%), Pizza Hut (down 1%) and Starbucks (down 3%).

The brands with the lowest scores were Applebee’s (down 5%) and IHOP (down 1%) in the full-service category, both with scores of 73. And, although McDonald’s ranked No. 1 based on sales in an April report by The NPD Group, it earned the lowest ACSI score, both in the fast-food category and overall, falling 3% to 68.

The study also ranked the two segments based on customer experience benchmarks. Full-service restaurants outperformed fast-food chains in food order accuracy (87 to 83), restaurant layout and cleanliness (84 to 81), food quality (86 to 81) and food variety (84 to 79). Fast-food restaurants prevailed when it came to mobile app quality. Fast-food restaurants maintained a score of 83 in the category, while full service took a nosedive, dropping 8% to 78.